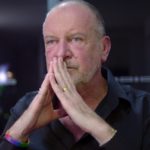 In a former life, Anthony Venn-Brown was a high-profile, popular preacher in Australia’s mega-churches, such as Hillsong. For 22 years he tried desperately to change his homosexuality through conversion therapy, psychiatric treatment and exorcisms. Although a husband and father for 16 years, eventually he had to admit that nothing had changed. In 1991 faced the toughest decision of his life; be true to himself and lose everything he held dear……. or live a lie. First released in 2004, Anthony’s autobiography, ‘A Life of Unlearning’ has impacted the lives of thousands of gay and straight individuals in Australia and around the world. The recently released third edition, quickly became #1 Bestseller on Amazon in both the Religious and also LGBT Biography categories. Anthony has appeared on national television shows such as ‘60 Minutes’, ‘Channel 7’s Sunrise’, ‘The Morning Show’, the ABC’s ‘Hungry Beast’, documentaries and is called upon regularly by the media for comment. In 2005 he the co-founder of Freedom2b. Under Anthony's six-year leadership, Freedom2b became Australia’s foremost organisation for LGBTI people from Christian backgrounds. Anthony is now the founder and CEO of Ambassadors & Bridge Builders International (ABBI). ABBI is committed to overcoming the unnecessary suffering caused by ignorance and misinformation about sexual orientation by providing education, resources and creating dialogues with churches, leaders, denominations and Christian organisations.