Disgusting, abominable, and reprehensible are the politest words I can find to describe the behaviour of some conservative Christians.

As gays and lesbians, we have endured decades of accusations, condemnation and lies about our supposed “lifestyles”, lifespans, and the quality of our relationships. We’ve been labelled evil, perverts, deviates, abominations and child molesters.

AIDS, the pandemic that brought death to millions around the world, was supposedly God’s judgment on us. Christian preachers and writers perpetuated the myth that we had a secret “agenda” to destroy their families and everything good in the world.

What they didn’t realise, is that as we emerged from our closets of fear and false shame, instead of rejection, we found that family and friends loved us. Shame was replaced with a sense of pride and courage replaced fear. We found love and acceptance in our new worlds of openness and honestly. Such a contrast to the church.

In many ways, conservative Christians lost the battle with homosexuality.

The world did not turn away from us as they’d preached they should. Most of the “Pray the gay away” orgs, eventually realizing the harm they’d caused, and that NO ONE changed from gay to straight, closed their doors. In civilized countries, family, friends and work colleagues have been to our beautiful engagement parties, weddings, and celebrated our anniversaries. There’s a lot of love in the room, if not in the church.

Around the world, corporates and government agencies, realise the value of diversity and inclusion and compete to be the number one LGBTQ Employer of the Year. Once a haven for testosterone filled blokes, most sporting codes embrace LGBTQ players and their supporters.

Marriage equality was pretty much the nail in the coffin for the religious anti-gay banner.

You may have noticed they have not remained silent.

Their new bandwagon is the “threat” transgender individuals are to their limited binary concept of male/female. Fear-mongering, sensationalism, half-truths, conspiracy theories are being rolled out about transgender people; an even smaller minority.

Transgender people, young people coming to terms with their gender identity, parents attempting to walk the precarious journey with their children are all very vulnerable people.

To make these young and vulnerable people targets of attack, for political or whatever gain, is disgusting, abominable, and reprehensible. They should be ashamed. 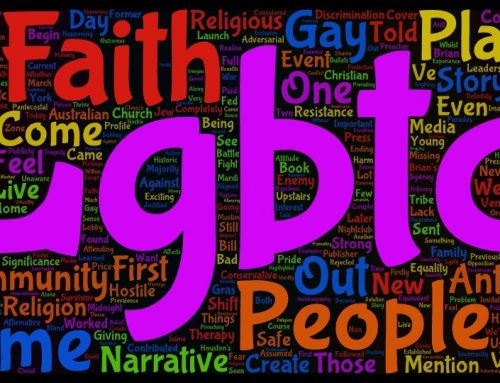