A Life of Unlearning more relevant now than ever

A Life of Unlearning more relevant now than ever

33 Shares
Fifteen years ago, in 2004, ‘A Life of Unlearning – coming out of the church, one man’s struggle’ hit Australian book and department store shelves.

I had no idea that:

I got this message from a young man on Facebook

“I grew up in the church Joyce Myers started her ministry and I was involved with that whole circle of people from a young age. I came out at 16 and basically got banished from the church and my family. It broke me the way they treated me. Fast forward time and depression. I was at the point where I had told myself I’d just end it. No one loved me (so I falsely believed). I had a plan and date but I stumbled across your book. Man did your experience touch me. I made a decision to live and to live life to my fullest potential after that. And I’m doing pretty darn great now ha. but I’ve just always wanted to share this with you and honestly, I really believe I would have ended it that day if I didn’t come across A Life of Unlearning. I’ve just never known what to say and I know you don’t really know me but just wanted to say thanks for being brave enough to share your story. It saved my life.“

“I read this book on my search for finding my own authenticity. I have searched high and low for guidance and I found Anthony’s book to be a sort of light at the end of the tunnel. I do not come from the same religious place as him but in other aspects, even down to having two daughters, my life has followed the well-worn path of denial, repression, acknowledgment and eventual acceptance of being gay. I have struggled to see a path through this dense jungle and Tony’s candid, painfully honest story resonated with me, as with many others. In his simple, unvarnished storytelling he was relatable and humble. I believe his story is important for both a gay person struggling to come to acceptance as well as a straight partner who would like better to understand the journey of coming to acceptance by their partner. It would also be a resource for friends and family of anyone who is on that journey.”

Do you know someone who should read this? Use social media buttons below. 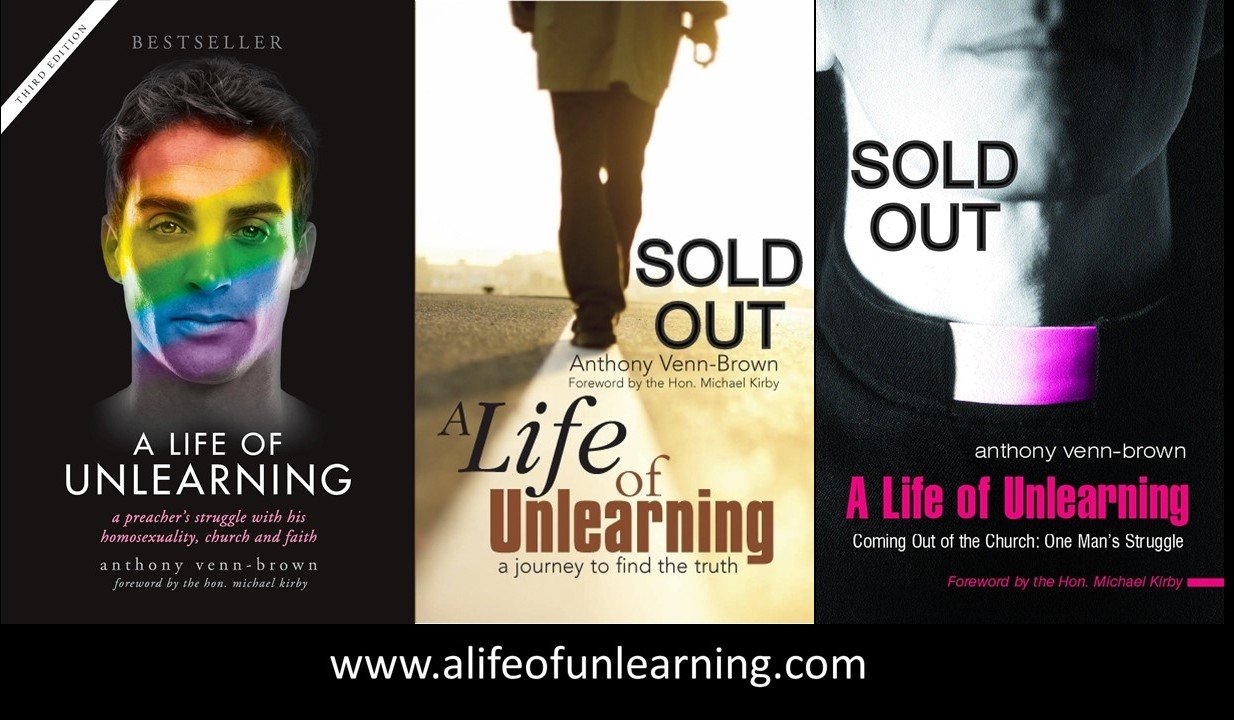