Do you know about the recent Hillsong drama?

It all began innocently enough on The Late Show with Stephen Colbert. Pratt appeared to promote his upcoming movie. During the conversation Chris Pratt mentioned that he’d just finished his 21-day Daniel diet/fast where he only ate fruits, vegetables, and unleavened bread. Some people might be impressed with this, but I fasted for 40 days (twice) on only water and orange juice to show God how serious I was about ridding myself of homosexuality and praying for Him to take it away. BTW…..I’m still gay. But I digress.

Chris Pratt didn’t even mention what Church he attended. The Hollywood Reporter tweeted.

Fresh from fasting, @prattprattpratt talks about his spiritual side on @colbertlateshow https://t.co/iwUyo4tIhh pic.twitter.com/FQKZVwwtgN

Somehow Ellen Page got triggered by this and took to twitter

Oh. K. Um. But his church is infamously anti lgbtq so maybe address that too? https://t.co/meg8m69FeF

Hillsong is not anti-gay Ellen. Unless you live in a binary world like former President George W. Bush, who after 9/11 said “Either you are with us, or you are with the terrorists.” For some, it is black and white. Sadly, not everyone understands or accepts the concept of journey. We could all be condemned for the ignorant racist, sexist, homophobic things we once said or did. Thank god we didn’t stay there though. People change and so do churches. Some take centuries; others decades.

What is an anti-gay church?

My article on “Welcoming, accepting, affirming – don’t get stuck” went viral during the recent Page/Pratt/Hillsong drama and was shared over 30,000 times on social media.

For many of us from faith backgrounds we really know what ‘anti-gay’ looks like. You can’t even get through the front door without repenting of your ‘sin’, your ‘homosexual lifestyle’ and be committed to ‘praying the gay away’.

Recently, a friend of mine in Adelaide was looking for a church community to belong to and inquired of a large Pentecostal church if he’d be welcome as a gay man. He was given a book to read called Pathway. Pathway is the book used to disciple newcomers into the church’s beliefs and culture. In the section on sin it makes it clear that the church doesn’t belief that anyone should identify as LGBT or who has not forsaken their ‘lifestyle of sin’. With a reminder of the often quoted and poorly translated verses of 1 Corinthians 6:9-11 which says that along with the list of evil doers, queers won’t get to heaven.

I thought this little section in Pathway, reinterpreting biblical language into today’s idiom, was amusing.

“A ‘lifestyle of sin’ does not refer to sin that has been dealt with. It refers to ongoing sin that we love, enjoy and plan to continue. When we walk with Christ, sin is no longer our strongest identity message, because it is no longer our lifestyle.

Biblical terms for sin are almost a foreign language in today’s society and culture. A term like fornication is traded for ‘sleeping around’. Sexual immorality becomes a ‘mutually consenting relationship’, and adultery ‘just happens’. A gossip is ‘socialite’, a slanderer is a ‘constructive critic’, a glutton is a ‘foodie’ a drunkard ‘just loves to party’, a liar is a ‘good storyteller’, a thief ‘loves a bargain, a pervert just ‘enjoys online content’ and homosexuality is celebrated.”

When my friend replied that he’d found an affirming church that accepted him for who he was as he embraced his true authentic self, the pastor replied

“Being your true authentic self just doesn’t cut it. The human heart is the most deceitful of all things, and desperately wicked. The reality being that like all people, I am a sinner, if I lived authentically to my natural nature and true to myself, I would lie, cheat, steal, look with lust, commit murder in my heart (hate), covet what my neighbour has etc…”

Really? If that is the case then I think we are all glad the pastor has become a Christian.

The pastor reassured my friend “you would be accepted and loved with us no doubt. I pray you are genuine to being open to dialogue and not having predetermined outcomes.” ….but from what has been said and stated plainly in the Pathways manual, there is already a “predetermined outcome”.

Clearly Edge Church in Adelaide and their satellite congregations are anti-gay. There’s no wiggle room there.

More to come including: 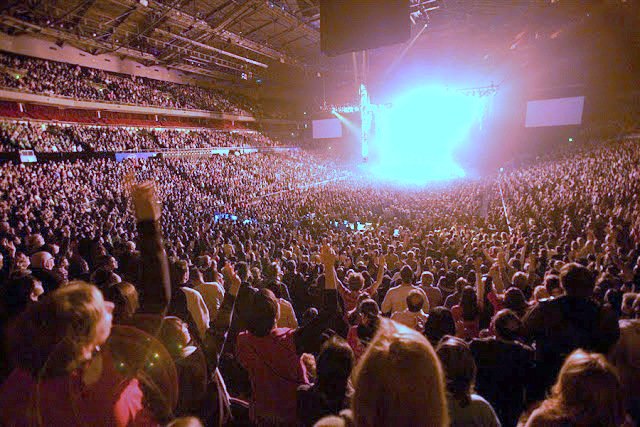