What is conversion ‘therapy’? (and what it’s not)

Home/Conversion therapy/What is conversion ‘therapy’? (and what it’s not)
Previous Next

What is conversion ‘therapy’? (and what it’s not)

Conversion ‘therapy’ (CT) is the most popular term used to describe the practice of attempting to change from homosexual to heterosexual within religious contexts.   Some, even in the media, are confused about what gay conversion ‘therapy’ or ‘conversion therapy’ actually is. The term is being increasingly misused. You’ll see below how terms have evolved over the last four decades. First of all, it’s important to know what we are NOT talking about.

1. Camps where people are tortured or starved 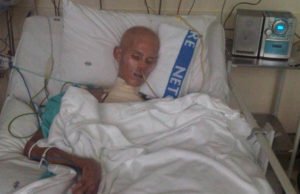 The above picture has appeared regularly on the internet since 2013. This tragedy was not the result of a specific CT program however, but a three-month military style course run by Alex de Koker’s Echo Wild Game Rangers in the bush an hour south of Johannesburg. Unfortunately journalists, who are either lacking integrity or poorly researched use it from time to time to accompany articles on CT. This of course plays right into the hands of religious CT advocates because they can immediately deny ever using starvation and torture tactics. I have spoken with literally 1,000’s of ex-gay survivors since 2000 and only one of those had the extreme experience of being beaten (by his uncle in a Christian cult).

2. Electric shock treatment to the brain

3. Aversion therapy when people watched homoerotic images whilst at the same time are given electric shocks or vomit inducing drugs

Although all the above have been methods used, and in some parts of the world still are, to try and change gay people straight, they are not CT that we in the western world are trying to see banned. It is within essentially fundamental, evangelical, charismatic and pentecostal breeds of Christianity that CT exists but not exclusively.

Originally the term ‘ex-gay’ was coined by the founders of Exodus in 1976. Then the term ‘reparative therapy’ was introduced. Next people spoke about ‘unwanted same-sex-attraction’. Of recent times fancy terms have been introduced  such as ‘Sexual Attraction Fluidity Exploration in Therapy’ (SAFE-T) by the Alliance for Therapeutic Choice and Scientific Integrity (formerly NARTH) in 2016 and ‘Sexual Identity Affirming Therapy’ by Christopher Doyle from Voice of the Voiceless.

This change in terms is interesting in itself, as it reflects not only the evolution of the ex-gay/reparative/conversion therapy movement and who is in control of the conversation.

The fact that the most popular term is now ‘conversion therapy’ demonstrates that we are now in control of the conversation as those who are pro the ‘change is possible’ message would never use that wording. These terms are used in a derogatory sense which is why ex-gay practitioners and believers have changed even from ex-gay to the fancier terms I’ve mentioned above.

What is Conversion ‘Therapy’?

CT is a religiously based attempt to change or overcome a person’s same-sex-orientation. It is based on the belief that homosexuality is:

People distressed about their sexual orientation or gender identity can experience CT by:

PLEASE NOTE: These conversion practices have not been used exclusively on gay, lesbian and bisexual individuals but also transgender and gender diverse individuals.

The above is a part of the presentation #TheQuestToCureQueers

To find out more about GCT go to our page on the topic HERE.

To be notified when ‘Exodus to Nowhere – the quest to cure queers’ is published, subscribe HERE.