How celibacy became the new ex-gay

How celibacy became the new ex-gay

There are three ways you could understand how celibacy became the new ex-gay. You could have lived through the evolution, you are a researcher/historian, or you can read this article.

I was born in 1951. In the 50’s and 60’s gay men were either imprisoned or institutionalised as they were considered sexual perverts. Mental health professionals came to the ‘rescue’ around this time.  Individual psychologists, psychiatrists and psychoanalysts vied for the number one position to find the cause of homosexuality and hence find a cure. They failed miserably and in the early 70’s mental health organisations removed homosexuality from their list of disorders to be treated.[1]

But during the 50’s and 60’s seeds were being sown in evangelical, charismatic and pentecostal (ECP) Christianity that would eventually become parachurch organisations that would offer hope for the terrible curse of homosexuality. In the ECP world homosexuality was viewed as more than an illness or perversion it was a sin; an abomination in fact. Deliverance, forgiveness and healing were promised and readily accepted by troubled and desperate Christian gay men and lesbians.

By 1976 a small number of formerly isolated individuals and groups met in Los Angeles and founded Exodus. One of those groups was called EXIT Ministries (EX-gay Intervention Team), founded at Melodyland Christian Centre in 1974. The term ‘ex-gay’ was coined by Michael Bussee who was running EXIT.

Four years before the founding of Exodus, in 1972, when I was in a residential program[2] to change my homosexuality, it wasn’t known as ex-gay, reparative or conversion therapy. I just wanted to be free of the sin of homosexuality that had taken control of my life. During heights of emotional freedom I testified that I was a ‘former homosexual’[3].

The term ‘ex-gay’ stuck for many years, giving the impression that these people, once gays and lesbians, were now heterosexual. The label ‘ex-gay’ was worn with pride. The term for the experience would change several times over the decades; 10 times in fact. These name changes are significant as they reflect a number of things which are developed further in ‘Exodus to Nowhere – the quest to cure queers’.[4]

Over the next four decades, hundreds of individual organisations (under Exodus International) in the USA and around the world , offered ‘hope for homosexuals’ and the promise ‘change is possible.’

The message of all the groups under Exodus was the same.

During this time, one statement we heard repeatedly was that 1,000’s have left the ‘homosexual lifestyle’. Claims were even made that there were 100,000’s .  Statements about large numbers ‘leaving homosexuality’ were boldly declared regularly by religious leaders and organizations such as Focus on the Family,  Family Research Council, Exodus, Charisma Magazine, Parents and Friend of Ex-gay (PFOX) – to name a few.

The credibility of these claims was constantly challenged by:

Denying the facts, and with a vested interest in maintaining the myth, ex-gay/reparative/conversion ministries fought on still offering people false hope.

Finally in 2012, Alan Chambers, former president of Exodus International, admitted that ‘99.9%’  of the people he knew ‘have not experienced a change in their orientation’.  Even though Alan Chambers statement was pretty much the last nail in the coffin for Christian ex-gay ministries remnants remain.

Eventually ECP people have had to face the reality that gays don’t change. So what is the answer? It’s easy. We just accept that you are gay BUT you can never act on it. It’s called celibacy. You know, like nuns and priests (clearly that has worked well for the Catholic church over the centuries).  From the ashes of the failed ex-gay movement comes the new celibate gay Christian movement.

This  rebranding of the ex-gay philosophy is being promoted rather vigorously in ECP churches. Alan Chambers, former president of Exodus International, in his closing address in 2013, said that one of the options they had rejected was rebranding. Rebranding ‘would be like putting lipstick on a pig. When they changed Kentucky Fried Chicken to KFC, they still sold fried chicken.’ he said.

Of course I’m grateful  that finally people have accepted the reality that people don’t change orientation and being gay is not in conflict with a person’s faith, but the new message ‘but you can’t act on it’ (celibacy) is problematic. The message now is essentially ‘you can never fall in love or have a life partner like others in the church’. You are called to singleness[5]; to shut down a fundamental and beautiful part of your God given humanity. I believe this ‘you are broken’ message continues to have a negative impact on young gay and lesbian people in churches.

This new celibacy message has been adopted by the former ex-gay organisation Liberty Christian Ministries[6] and by the new kid on the block Living Hope[7].  Both these organisations remain a part of Exodus Global Alliance[8] which continues to promote the outdated ‘change is possible’ myth.

If Wesley, David, Eve and Sam choose to be celibate themselves I’m fine with that. It’s their life and I don’t have the right to them how they should live it. What is not acceptable though is for that message to be preached in ECP churches to young LGBT people, their friends and families as God’s solution to a same sex orientation.

The most profound experiences we can have as human beings, such as love and intimacy, flow from our same sex or opposite sex orientation. As with being gay, love should never be something we are ashamed of.

Like the old ex-gay message, the new celibacy message has a limited life span. I doubt it will be four decades though as some of the original preachers of the message have already changed course. More about that in my new book.[10]

And a little message to those choosing the new ‘can’t act on it’ message. Make sure you put a tight lid on your emotions because love has a way of catching up on you.

[3] A Life of Unlearning – a preacher’s struggle with his homosexuality, church and faith http://amzn.to/1RIpTkH

[4] “Exodus to Nowhere – the quest to cure queers” will be out shortly. To be updated, receive pre-publication copies and special offers please subscribe here http://tinyurl.com/ETNTQTCQ

[10] “The quest to cure queers” will be out shortly. To be updated, receive pre-publication copies and special offers please subscribe here http://tinyurl.com/ETNTQTCQ 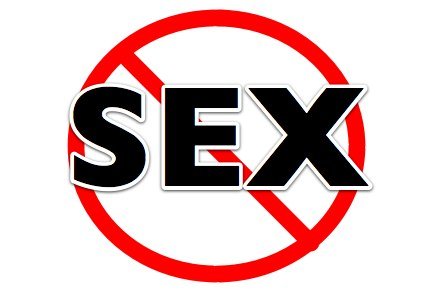