(NB: In the video I mention Impact Church Adelaide. This was meant to be Activate Church. It has been corrected in the text below) 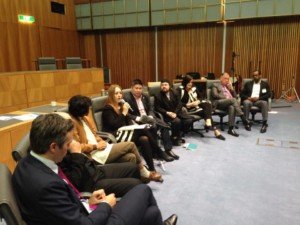 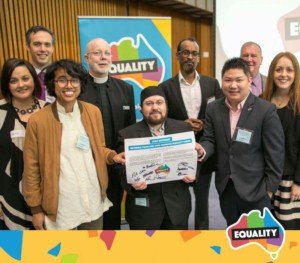 In Genesis 2 God says “It is not good for man to be alone”.

It is through relationship we thrive.  The love of our family, friends and partners is where we find meaning, support, encouragement and connection.

First, a little bit of history. Pentecostalism began 110 years ago in Los Angeles and was called the Azusa Street Revival [2]. The impact of the Pentecostal movement on Christianity was tantamount to that of the reformation in the 16th century. From extremely  humble beginnings in 1906 and a handful of people, today, one out of every four Christians worldwide would identify as Pentecostal or Charismatic[3].

The Azusa Street revival was a remarkable move of the Holy Spirit in many ways. In a world where people were divided racially, economically and culturally, at Azusa Street, men, women,  black, white, Hispanic, Asian, rich, poor, illiterate and educated came together to experience the power and presence of God.  The intermingling of races and the group’s encouragement of women in leadership was radical. It was a movement that embraced difference and practiced equality[4]. Over the decades that inclusivity was lost as Pentecostalism became more conservative and religious and in more recent times with the rise of mega-churches, more corporate. It does remind us though that when the Holy Spirit genuinely moves He is “no respecter of persons”

In 1969, when I first stepped into a Pentecostal church in Sydney it was very different to what it is today. Woman wore hats and gloves. Men suits. Hymns were sung. The only instruments were a piano and organ (drums were considered demonic/pagan). Divorce was a sin. No sport played on Sundays. No dancing allowed. No alcohol ever consumed under any circumstances. No going to the movies. No women preachers. All music, except Christian music, was considered ‘worldy’ and therefore banned.  Some didn’t even watch TV. And of course there was always a bible verse  or passage to back up their beliefs and practices[5].

Fast forward to 2016, 50 years later, and not one of these things exists anymore. If we transported a Pentecostal Christian from the 1960’s into a one of the many mega-churches today, like Hillsong, the rock-concert-styled service would not only be unrecognizable for them they would consider it apostate.

What this demonstrates of course is Australia’s Pentecostals capacity to embrace change, become culturally relevant as well as a clever knack of ignoring or reinterpreting scripture. As yet, homosexuality is not one of those things.

From all my years in the Pentecostal world one thing I know. Essentially they are good people. There are a few bad eggs but every family has them. The majority are not evil, nasty or politically active for that matter.  Pentecostalism, from its birth, has been a non-political movement based on the belief that building God’s kingdom through conversions was their commission, not politics.

Yes, Hillsong did get Prime Minister John Howard to open their building in 2002[6] and the Family First party was founded by former Assemblies of God president, Andrew Evans[7], in the same year.  The press and others quickly proclaimed this was the rise of the Religious Right in Australia. But the truth is that was more about profile than politics. Pentecostalism, once the Cinderella of Australian Christianity and considered by many to be nothing more than a cult, was finally getting some recognition.

To alleviate concerns about the denomination becoming political aligned, Brian Houston, president at the time of the Assemblies of God (now known as Australian Christian Churches[8])  told the 2005 National Conference  “One thing we are not is a political movement … The Assemblies of God in Australia does not have a political vision and we don’t have a political agenda. I think people need to understand the difference between the church being very involved in politics and individual Christians being involved in politics. There is a big difference.” [9]

As I mentioned, essentially they are good people. Good people but with a an outdated understanding  of sexuality and gender identity. Not all though. There are ministers who have a  more enlightened knowledge of sexual orientation. Some have declared this publicly whilst others, fear the ramifications of stating a belief that is not commonly held. But the shift happened anyway.

Recently, Activate Church in Adelaide  left the denomination over the issue of marriage equality as they have gay and lesbian people in leadership. Christian leaders in the Evangelical and Pentecostal worlds that I know who have come out publicly accepting and affirming LGBTI people have paid a price. One step ahead you’re a leader, two an innovator and three steps ahead a martyr. History will speak well of those who were willing to pay the price to shift people into new truth.  Eventually though, a tipping point will be reached as it did with the things I mentioned previously.

I don’t see the Australian Pentecostal world being at the forefront of marriage equality but they will change. I have worked for years with the belief that the Pentecostal world will eventually embrace LGBTI people[10].  It is only a matter of time. As I said to a mega-church pastor “the question is not will your beliefs change but when, and what can we do to help facilitate that transition to make it as painless and non-polarising as possible[11].” Whereas churches like Hillsong have been global innovators in Christianity, sadly I have to say that Pentecostals, regarding LGBTI, will be late adopters.

For many in Christendom marriage equality is the last straw. Many opposed changes in the law and ending discrimination on the basis of sexual orientation but victories were won for the LGBTI community anyway  Once aligned with the majority of society’s understanding of homosexuality and gender identity, conservative Christians are now finding themselves left behind. Institutions only rise when they feel threatened.  But they will change.

Same sex couples and others with children are becoming their friends and work colleagues and there is no greater force to break down pre-conceived ideas and misconceptions than having them challenged before your eyes in the lives of those you know and love.

And most of all Pentecostal people are people of the book. And in Michah 6:8 (NKJ) it says.

“He has shown you, O man, what is good; And what does the Lord require of you. But to do justly, To love mercy, And to walk humbly with your God?”

The values of love, justice and humility are central to a life lived in Christ. And to genuinely live those words is to love, respect and honour all people, including gay, lesbian, bi and transgender. For we are all the children of God.

Use the buttons below to share on social media.

Footnotes for background and reference.