My Deep Water, a murder and A Life of Unlearning

My Deep Water, a murder and A Life of Unlearning 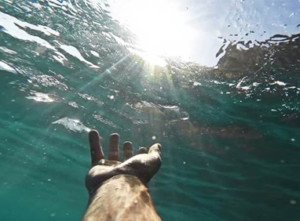 Australians have recently been exposed to the chilling real-life drama series, Deep Water, and subsequent documentary.

Deep Water is based on the true stories of over 80 gay men who were murdered in Sydney in the 1980’s and 1990’s [1].Thirty of these cases remain unsolved [2]. Many of the original cases were written off as suicides or that these men ‘accidently’ fell from cliffs [3]. I have no doubt that there are many more like these in other states and cities around Australia that, at this stage, have never been revealed.

During those years, and before, ‘poofter bashing’ was a sport of young straight men and police were not overly concerned about the death of ‘poofters’.

From me, the series is not pleasant viewing, stirring memories of being set upon by a gang in a park, nursing my cracked ribs and being humiliated in the police station after, when I asked if they could drive me back to my car. The police didn’t even ask if I wanted to report the crime. ‘Serves you right’ ……was the feeling I got.

Recently we had a new person become a monthly supporter of our organisation. As usual, I sent an email to say thanks and asked how they’d heard about Ambassadors & Bridge Builders International.

I got a reply that shocked me. A murder I’d heard about some years ago but had no idea my connection to it.

I’ll let her tell the story.

To answer your question, I heard you being interviewed many years ago on 2GB. It was very fortuitous as I hardly ever listen to 2GB and had it on by chance in the kitchen one day.

I ordered A Life of Unlearning straightaway, and like many, read it through at almost one sitting.  While I had come out to myself about 15 years before that, (having had a difficult time prior in a charismatic church) I was wondering in 2005 what I could do to try and communicate with the church to hopefully do something to effect more change. I donated a couple of copies to local libraries and to an organisation called ‘Pages for Prisoners’.

I also kept a copy for my neighbour and friend Gerard Fleming. He was a very keen Christian, a member of a number of churches including C3 in Oxford Falls, and was hinting about being gay and visiting beats.

I told him openly that I was gay.  At what felt like the right moment, I showed him that I had your book. He grabbed it from me and devoured it there in my living room.

A few days later he told me he had accepted his orientation fully after reading it. It was so wonderful..

Gerard had been visiting beats for 20 years and feeling very conflicted and guilty, and felt he was addicted to it. He had long time friends at C3 and was attending C3 before his death. Having a fairly marked form of Aspergers, he found it hard to make close friends outside of the church – and also felt keenly the fear that if he came out he would lose their friendship. Ironically, Gerard found his Christian friends more accepting of his disability. At the time Sy Rogers had recently done a series of sermons at C3 and Gerard was aware that reparative therapy of some sort was the generally accepted approach for those suffering from ‘sexual brokenness’ as Sy and others called it. 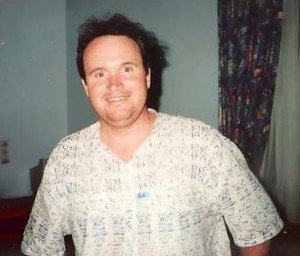 Tragically, Gerard was killed at a beat in Narrabeen in June 2007 [4].  A week before he died he had almost predicted that he would be killed like the character in Brokeback Mountain, saying that he could defend himself, but that if someone had a knife he would be gone. Shortly before this he said he may never come out, that he may just continue to live a double life and visit beats– but that he really wanted love and partnership and to live openly.

I’d talked to him about the dangers of the beat and gave him details of places where he could find support and acceptance. I gave part of this evidence at his killer’s trial in 2008 [5].  Later I wrote to his sister Anne to tell her everything Gerard had said, so she would know that he was at peace within himself and had found ‘freedom within’ and hoped and wished one day he could come out to family and friends.

I wanted you to know the difference A Life of Unlearning made in Gerard’s life – he did light up, and experienced the ‘joy of his being’ after he read it……..just beautiful.

I know how important your work is.

MY OBSERVATIONS OF THIS TRAGEDY

Firstly, the closet is an unhealthy place. It’s called a closet for a reason. It’s dark, confining and nothing grows there. The closet’s influence on a gay person’s sense of self is always destructive whether they are conscious of it or not. More so for people from faith backgrounds. Secrecy leads to shame and inevitably self-hatred that begins to develop behavioural and psychological issues. Any gay person who has had to suppress or deny their true sexual identity knows how tormenting and damaging that can be.

Like myself, many have found out that it is through self-acceptance and living authentically the chains of addiction and unhealthy behaviours are broken. There is no more shame and secrecy for it to feed on. For me it was instantaneous, and ended 22 years of behaviours I never wanted, tried desperately to change and often drove me to thoughts of suicide. I wish Gerard had found the fullness of that experience.

Secondly, non-affirming churches create cultures of secrecy and shame. Churches that are anti-gay, just welcoming or accepting instead of completely affirming are breeding grounds of harm for LGBT people. Research has shown this time and time again.  “Don’t ask – don’t tell” was never a good idea for the military and certainly not for a supposed loving church community. Non-affirmation creates fear for gay and lesbian Christians. Too much at stake with disclosure. They live with constant fear and no answers to their questions. “If I come out, will my church, my Christian friends accept me?” and “If I come out will I be allowed to continue to serve in the Church?”

It isn’t till they hear the words “We love, accept, embrace and celebrate gay, lesbian and transgender people” from the pulpit and from the church collectively that they will feel safe and secure. Once is never enough. This needs to happen repeatedly to overcome the years of negative messaging. Had Gerard heard this in his church I’m sure the outcome would have been very different instead of this shocking tragedy.

You can share this story on social media using the buttons below.

Please consider joining Dianna in supporting ABBI’s, often life-saving, work. Donations can be made securely and conveniently HERE and are tax deductible.

Footnotes inserted for context and background.