I HAVE A DREAM – marriage equality (Gay News Network)

I HAVE A DREAM – marriage equality (Gay News Network)

It’s 2031 and I just celebrated my 80th birthday.  That was a hoot. Great grandchildren and all. Of course we couldn’t have a party without playing the old disco classics. I really don’t get the music young people listen and dance to today. Give me “I will survive’ and “I am what I am” any day. They were the gay national anthems of another era. So glad I’m still active and got my marbles. There’s a bit of party left in the old fella yet.

I’ve always stopped to reflect on my decade birthdays (50, 60, 70).  At eighty now, I’ve lived half of my life in the closet and the other half as an out, proud gay man.

At the age of forty, after doing everything I could to change my orientation, including gay conversion therapy, sixteen years of marriage and building a successful career as a preacher, coming out was challenging to say the least [1].

Today’s world is a very different place for LGBTI people than the one I grew up in during the 60’s. You could go to prison for a ‘homosexual act’, police entrapment was common[2], gay and lesbian people were institutionalised and mental health professionals believed they could cure us. I vividly remember the constant fear we lived in and the price paid  coming out. No wonder so few did.

Looking back, I can see that whilst change was progressive over the decades, the thing that transformed our world more than anything else was, marriage equality.

Surprisingly, against all the religious conservatives’ predictions, the sky didn’t fall in, there were no tsunamis or earthquakes and people didn’t start marrying their pets or having sex with animals[3].

But God that took a long time coming.

I remember in 2004, when John Howard, the Liberal Prime Minister, backed by the Labor Party, changed the Marriage Act to ensure gay couples were excluded forever[4]. Other western countries were already passing forms of gay marriage or considering it.  Howard could see the writing on the wall and wanted the Senate to pass the bill within the next two weeks so that it did not become an election issue. It wouldn’t be cynical to say this was a political game being played with our lives in order to get more votes.

Only weeks before, at the National Marriage Forum at Parliament House, Canberra[5], speaking to a group of nearly 1,000 Christian leaders, Howard told the crowd “bit by bit, an attempt will be made to redefine what we understand to be the concept of marriage in this country, we should legislatively pre-empt the possibility of that occurring by changing the law.” [6] The crowd applauded.

LGBTI equality campaigner, Rodney Croome, who witnessed the event from the back of the Great Hall said, “It  was a soul destroying scene.”[7]

Within weeks, the amendment passed easily in the senate (38 votes to 6) and read: Marriage means the union of a man and a woman to the exclusion of all others, voluntarily entered into for life. Certain unions are not marriages. A union solemnised in a foreign country between: (a) a man and another man; or (b) a woman and another woman; must not be recognised as a marriage in Australia.

We’d been caught off guard. Or maybe it was more about community ambivalence. We’d been told for decades that gay relationships don’t last. Many in our community believed it too. A self-fulfilling prophecy perhaps? Gay relationships and straight relationships are different I’d been told numerous times when I first came out. And marriage is a heterosexual model we should reject it. Even the co-convenor of the Gay and Lesbian Rights Lobby in Australia said at the time “marriage is not something that a lot of gay and lesbian people want”[8]. Heated letters appeared in the gay press. There were as many vocal anti-gay marriage proponents in our community as there were outside.

Gay and lesbian people had been ghettoized not only geographically but also socially. They’d lived for years in a bubble of comfortable acceptance. Most hadn’t really known harsh discrimination or had to fight battles as previous generations had.

Something kicked in. “You’re saying I can’t do what because I’m gay?” A consciousness about the inequality previously not realised, suddenly awakened. That we were being treated like second-class citizens in our own country. An indignancy about the injustice rose. Unlike battles of the past this one wasn’t only gay and lesbian people who fought, but our families and friends got on board. We changed our language from ‘gay marriage’ to ‘same-sex-marriage’ to ‘marriage equality’.

With a renewed sense of the injustice, we campaigned. And campaigned like never before. The polls for marriage equality kept rising from 38% in 2004 till the vast majority of Australians were saying YES!!!![9]. Towards the end it got quite messy. Plebiscite or a vote in parliament. Lobbying, lobbying, lobbying. Never before in Australia’s history had we taken up so much news bandwidth. The term LGBTI became vernacular in the media.

Finally the embarrassment of Australia taking so long to sort this out came to an end. I’m sure there is not a gay person alive today who will ever forget the day. The celebrations were amazing. Tears flowed. When the battle is long and hard, the victory even sweeter. But no one fully understood what a profound impact this would have.

And here it is, 2031. We’ve lived for years now with celebrations. Engagements, weddings, anniversaries.  No one thinks it strange or unusual. It’s just the way it is. You can walk into any newsagency and buy same sex cards for all these joyous occasions.  These days, LGBTI people shed more tears of joy than sorrow and pain.

The old religious guard has either passed on or retired. The Australian Christian Lobby (ACL) was been taken over by people who focused on Christian values, such as justice, instead of gay bashing[10]. Schools have become safer places for LGBTI young people coming to terms with their identity. Suicide rates amongst our youth are down substantially.  Pentecostal churches, like Hillsong, have finally become affirming. Marriage equality and seeing couples in loving, committed relationships,  helped them to see our orientation is about our hearts, not our parts. No more “we love you but…..”  it’s now “we love you” full stop. Islam has had to take the same journey Christianity did. They might be a bit behind still, after all, it took the Christian Church decades, but change has happened none the less. Marriage equality helped there too.

I’d often wondered what it would be like to live in a completely accepting society. So glad I got to see it.

Marriage equality was the final frontier. Australia is a better place. More love. More acceptance. But most of all, all Australians are treated equality.

Believe in the dream too? Share using the social media buttons below. Thanks.

[This article was first published in the Gay News Network]

[1] A Life of Unlearning – a preacher’s struggle with his homosexuality, church and faith. 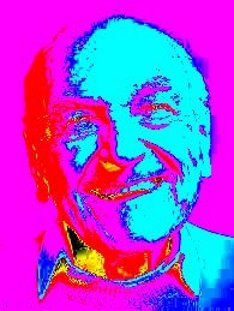