Those who know Pentecostal history well, know it began 110 years ago in Los Angeles and was called the Azusa Street Revival. The impact of the Pentecostal movement on Christianity was tantamount to that of the reformation in the 16th century. From very, very humble beginnings in 1906, today one out of every four Christians worldwide would identify as Pentecostal or Charismatic. 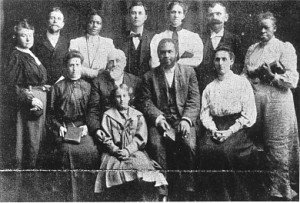 Not only was it a remarkable move of the Spirit it was ground breaking in its embracing of diversity.  In a world where people were divided racially, economically and culturally, men, women, children, black, white, Hispanic, Asian, rich, poor, illiterate and educated came together in the hall in Azusa Street.  The intermingling of races and the group’s encouragement of women in leadership was quite remarkable. Remarkable, as was the first outpouring of the Spirit on male and female disciples and later on non-Jews (Gentiles) recorded in the New Testament.

Whilst the church might be resistant, the Spirit has a way of breaking down barriers and creating equality.

At Azusa Street women were allowed to preach and accepted as equal, fourteen years prior to women receiving suffrage in the United States.

Pentecostalism was a radical movement frowned upon by many mainstream Christians who prophesied its demise as sensationalist apostasy. 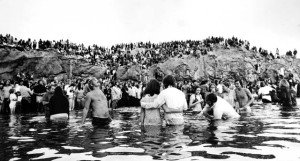 Another remarkable movement was the Jesus Revolution of the 1960’s and 70’s which began on the west coast of California. Time magazine’s front page article in 1971 reported that 1,000’s of hippies and young people were becoming Christians. The Pentecostal/Evangelical church and culture, at that time, was incapable of relating to, let alone reaching out to the youth of the day. It was a movement where God demonstrated His Spirit would not be imprisoned within church walls or barriers of religiosity and tradition.  The movement, initially outside the walls of Church, was eventually embraced and contributed to the growth of the mega-churches, entire denominations and birthed contemporary Christian music.

For many decades, and still in some parts of Christianity, the words ‘gay’ and ‘Christian’ were contradictory and the term ‘gay Christian’ an oxymoron.

Globally  the church has been grappling with the issue of homosexuality, welcoming LGBT (lesbian, gay, bisexual, transgender) people into congregations, understanding their relationships and their place in the church. Some are just beginning the journey. Others remain resistant as did religious people with the Azusa Street Revival and the Jesus Revolution. 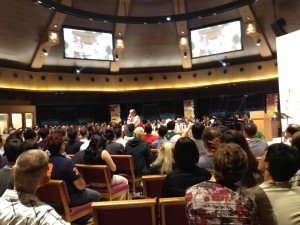 The Gay Christian movement was birthed in a lounge room, also in Los Angeles, in 1968, when the Rev Troy Perry, a defrocked Pentecostal minister, held the first meeting of  what would become the Metropolitan Community Church (MCC).  So many though were unable to attend an MCC but the internet provided the vehicle for many gay Christians to connect, share experiences and not feel so isolated.  The gay Christian movement functioned mostly outside traditional Christianity and was viewed by the majority of the Christian world as apostates and heretics.

Today there 100,000’s of Gay Christians who have reconciled their faith and their sexuality and multitudes of straight Christians who have shifted in attitude and understanding. Initially MCC was known as the ‘gay church’; a place where gay and lesbian believers, who’d been rejected by churches, friends and families could find safety and refuge. But the landscape has changed significantly. There are now many new independent churches, although pastored by gay men and lesbians, have become inclusive of all humanity regardless of sexual orientation or gender identity. Knowing firsthand what judgement and condemnation is like they have often they have lead the way to demonstrate what acceptance, non-judgement and grace looks like. They are churches where the sign all welcome, actually means ALL welcome. 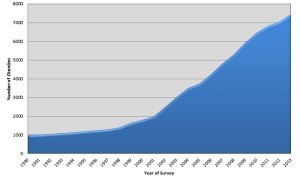 The number of mainstream churches and denominations who welcome and affirm LGBT people has been growing exponentially and over the last four decades expanded to over 7,000 churches covering over 90 different denominations across 46 countries, as far as we know

When I wrote the article Why Australian Pentecostals Will Embrace Gay & Lesbian People in 2009 things were just beginning to happen here in Australia and Bayside Church’s  pastor, Rob Buckingham preached his historic sermon Real Christianity is Accepting. While we wait for churches to boldly take a more public stand, I have had numerous conversations with Pastors and church leaders who are open. Some have fully accepted LGBT people into their churches, who are in long-term monogamous relationships, they are serving in the church, the congregation has accepted them…….but they are not public about it at this stage because of the backlash they will receive denominationally.

Can you imagine what it is going to be like for gay young people of the future growing up in Churches, and they won’t be told it’s a lifestyle choice, an abomination, have demons cast out of them or spend torturous, wasted years in programs attempting to change them. I imagine it all the time. I have a dream.

Unlike the experience of so many of us they will be able to grow up in a loving and accepting environment and thrive as individuals in their lives and faith. No depression, not rejected by Christian friends and family or have to deal with mental health issues, self-loathing or thoughts of ending their lives because they are gay or transgender.

I often wonder, if powerful movements like the Azusa Street Revival and the Jesus Revolution were happening today then we wouldn’t have needed the Rainbow Revival and could have bypassed all the angst, struggle and suicides.

Ambassadors & Bridge Builders International assists Churches, Christian organisations and leaders to create safe spaces that assist them on the journey to be welcoming, accepting and affirming.

If you got to read down this far you must think this is important. You can share this article with others using the social media buttons below.