Since the landmark decision by the US Supreme Court that the Constitution guaranteed marriage equality in all states, there has been an explosion of celebration, not only by LGBT people but also their families and friends around the world.

It’s moments like these I can’t help but reflect back to my years growing up and how different it will be for young people today after this weekend events. Not only was what is happening unbelievable then, it was inconceivable. Marriage equality was not on the ‘gay agenda’ …survival was.

It was devastating, as a teenager, to finally find a word, “homosexual”, to describe my evolving experience of puberty, and discover the meaning of the word at that time. Amongst the words I read on the dictionary page was “pervert”.

Whist growing up, the police blitz on homosexual men, initiated by the Police Commissioner Colin Delaney was still firmly in place. Delaney had described homosexuality in 1958 as “Australia’s greatest menace and fastest growing crime”. He appointed additional officers to the Vice Squad to eradicate the “problem”

A Melbourne morning newspaper of the time reported

“The vice squad has launched a full scale campaign to clean up homosexuality in Sydney. Almost 100 police are making round-the-clock checks on the known haunts of perverts in Sydney.

Senior police officials are alarmed at the increasing numbers of homosexuals operating in the suburbs, as well as in the city. The officials rank homosexuality next only to juvenile delinquency as the vice squad’s top priority task.

They are determined never to let Sydney’s homosexuals become organised into strong cults as has happened in some European cities. Police suspect homosexual cliques exist in some professional circles, especially those of a semi-artistic nature.”

I can recall, as a fifteen year old, the sick feeling in my stomach reading the article in the Sydney Morning Herald in 1966that discussed ‘a new hope for deviates’. The article talked about a program carried out by the University of New South Wales and Prince Henry Hospital that was researching treatment for homosexual men. These three times a day treatments included electric shocks and being injected with vomit inducing drugs.

What did this produce in me and so many gay men of that time. Fear, shame, secrecy, condemnation and a tightly closed closet door. An internal torment that lasted for decades.

Becoming a Christian a couple of years later only intensified all these as now I was not only a criminal and sick but I was described as an abomination on the pages of The Book. Is it no wonder so many within our community have had mental health issues to deal with, compounded by years of fear, shame, societal and self-rejection and self-loathing?

So as the news spread over the weekend about the landmark decision by the US Supreme Court that the Constitution guaranteed the right to same-sex marriage there has been an explosion of celebration, not only by LGBT people but also their families and friends around the world. Facebook was awash with rainbows. Twitter exploded with #LoveWins hashtags. It was a moving, exhilarating, liberating and historic moment. Not unlike the day when slaves were set free or the announcement that a world war was over I imagine.

What this landmark decision will actually mean 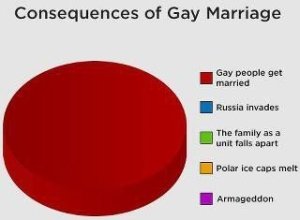 What will this mean for Christian churches, leaders and organizations?

Challenges, amongst other things, and that is why Ambassadors & Bridge Builders International exists to help them along the journey and catch up with what many of us have known and understood for ages. #LoveIsLove and homosexuality is not a preference, choice, sin, unnatural or an abomination, it’s simply an orientation. And in many parts of the world Adam and Steve are getting married, having children and raising wonderful loving, caring, supportive families together……as are Emma and Eve. You can help us with that here. 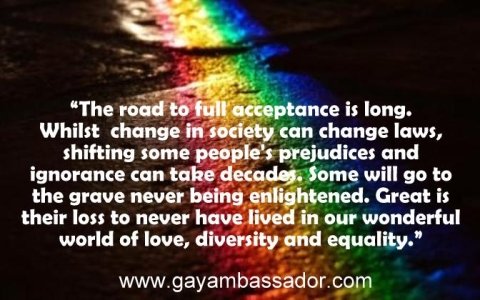