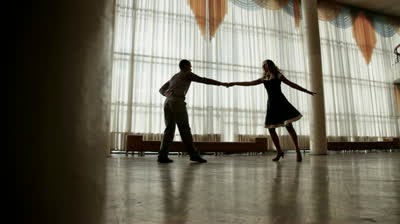 In an extraordinary week, both the Catholic Church and Hillsong appeared to be making progress re their attitude, if not their beliefs, about LGBT people.

It’s a dance. Two steps forward one back.

Two steps forward At the Vatican, a Shift in Tone Toward Gays and Divorce

One step back Hillsong’s Brian Houston on Gay Marriage: ‘I Believe the Writings of Paul Are Clear on This Subject Read Pastor Houston’s actual media response here

This is not an uncommon process. Some of you might remember the farce with World Vision earlier this year. The seismic shift in tone was initially incredibly refreshing but then conservatives, feeling threatened, had to flex their muscle. Sadly the march to progress is never a straight line.

Dragging entrenched religious belief systems into the realities of the 21st century is like trying to turn a huge ocean container ship. No one moves from anti-gay to gay affirming in one step. There is actually a process of seven steps.

Some denominations have taken this journey and are at the final stage in the process which is advocacy. Some are stuck in stage one.

As we have seen with other societal consciousness shifts in equality, such as the right for women to vote or equal rights for people of colour, once the question is asked, the course is set for an inevitable outcome.

The world has changed. Gay and lesbian people exist. Some have a Christian faith and many have created families. The ideal of one man, one woman together for life is the exception not the rule in our world of modern families and never will be again.

But if churches don’t face the realities of life in the 21st century they will slip off the horizon of irrelevancy and The Gulf Factor I wrote about concerning the closure of Exodus will come into play.

The dance continues……….but the damage

What many church leaders fail to realise is that when they backflip because of a conservative backlash it has tragic consequences. The hopes of LGBT people are initially raised for themselves and that future generations will not suffer as they have.

Then the step backward becomes another kick in the guts to LGBT people who’ve experienced abuse and are still living with wounds inflicted by the church and Christians. It hurts deeply. It creates a bigger gulf, turns more people away and sets the conversation backwards. To say nothing of the impact on those who love and support their LGBT friends and family.

This week, once again, has been a clear example of why Ambassadors & Bridge Builders International church consultancy work is so vital.

Do you think others need to understand what is happening here. Share with others using the social media buttons below.