8 FACTORS THAT CREATED THE CLOSURE OF EXODUS – No.8 The Midlife Factor

Home/Conversion therapy/8 FACTORS THAT CREATED THE CLOSURE OF EXODUS – No.8 The Midlife Factor
Previous Next

8 FACTORS THAT CREATED THE CLOSURE OF EXODUS – No.8 The Midlife Factor 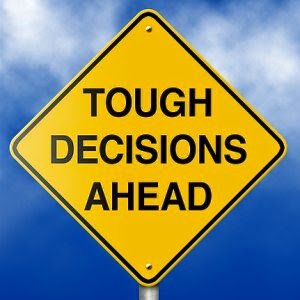 Yep….. something I think
many people have missed is possible the influence of midlife I believe. Maybe
I’m more aware of this than others are because it happened to me like clockwork
and I’ve worked one on one with so many who are in midlife
facing similar issues. Coming up to my 40th birthday something was happening. A
shift. It wasn’t pleasant. Midlife is a transition where, particularly for men,
many things have to be faced. One of those is unresolved issues and that some
things you dreamed were going to happen may never become a reality. At 40, I
faced the reality that I was, am and always will be gay. As a high profile
preacher, married with two children facing this reality had enormous challenges,
as you can no doubt imagine. Those who don’t face up to what comes up at
midlife are plagued with it for the rest of their lives. If they are not
conscious of what is going in then they slip into midlife crisis mode.

Alan turned 40 in 2012.
Randy four years earlier. Midlife transition can hit anywhere between 35-45
depending a numerous factors. It was around this time that Alan began
expressing new levels on honesty and facing huge challenges with Exodus. Whilst
midlife transition would not have be major factor in the decision to close
Exodus that certainly would have had some impact. Younger or older men would
have reacted differently.
Like Alan and Randy, I know what it was like to have to kill your
baby. I was abandoned by the leaders of my denomination to kill my baby, the
ministry I’d invested years of blood, sweat and tears building. It was
devastating. So where are these men now?
Re-inventing themselves. From my experience, it can take several years before
you find that complete centeredness again and that you feel like you are on
track/on purpose. You can see what Alan and Leslie are up to here.
Randy’s blog is here.
Maybe a good way to finish this story of is with quote from Alan’s
blog. It’s his reflection of what happened twelve months ago sitting in a
basement surrounded/confronted by hurting, angry ex-gay survivors and his
reactions at that moment would change the entire homosexuality/Christianity
debate forever. It’s called An Unlikely Love
“The words used to
describe us in the last year could fill volumes. Hitler. Hero. Traitor.
Antinomian. Hypocrite. Hater. Lover. Good. Kind. Evil. Brave. Pretty much every
good and bad name you can think of has been awarded to us. From any vantage
point, Leslie and I have been marginalized. For years we have been marginalized
by society for our belief that God’s creative intent for sexual expression is
one man married to one woman for one lifetime. Now in our efforts to simply and
wholly love and serve people, we have been marginalized by the mainstream
Christian Church who once hailed our story as miraculous. We are now an embarrassment
to many and I’m not always exactly sure why. Ironically, it is now the LGBT community who respect our complex story
and are increasingly accepting us for who we are: unlikely friends” .

If you would like to
receive a PDF of the complete article click on this email address info@gayambassador.com and hit send.

Or read the 8 Factors that Created the Tipping Point separately.
No.1 The Society Shift Factor
No.2 The Gulf Factor
No.3 The Internet Factor
No.4 The Honesty Factor
No.5 The Bridge Building Factor
No.6 The Listening Factor
No.7 The Evolving Faith Factor
No.8 The Midlife Factor

Copyright
© Anthony Venn-Brown is the co-founder and former leader of Freedom2b, Australia’s largest network of LGBT (lesbian, gay, bisexual, transgender) people from Christian backgrounds. He is also an educator and consultant on LGBT/faith issues and leader in deconstructing the ‘ex-gay’ myth. Anthony’s autobiography ‘A Life of Unlearning’, details his journey from married, high profile preacher in Australia’s mega-churches to living as an openly gay man. Anthony has been twice voted ‘One of the 25 Most Influential Gay and Lesbian Australians’ (2007 & 2009) and  was one of four finalists for the 2011 ACON Community Hero Award. He is also the founder and CEO of Ambassadors & Bridge Builders International.
Share
Tweet
Share
Pin
0 Shares
By Anthony Venn-Brown|2017-04-29T12:52:54+10:00September 10th, 2014|Categories: Conversion therapy|Tags: Alan Chambers, Conversion therapy organisations, The Quest to Cure Queers|9 Comments