8 FACTORS THAT CREATED THE CLOSURE OF EXODUS – No.2 The Gulf Factor

Home/Conversion therapy/8 FACTORS THAT CREATED THE CLOSURE OF EXODUS – No.2 The Gulf Factor
Previous Next

8 FACTORS THAT CREATED THE CLOSURE OF EXODUS – No.2 The Gulf Factor

Born in 1951, I grew up ina generation when racial slurs and sexist jokes and poking fun at people with disabilities were commonplace and accepted. No longer would anyone dare say something like “A woman’s place in the home” Imagine the outcry, because we know these things are completely inappropriate in this day. But once, it was the common belief. A racial slur can get you sent off the playing field or straight to the Human Resources manager. It is not tolerated in a civilized society, workplace of sporting arena. Our society says you can’t discriminate and there are laws to penalize you if you do. We are a better and fairer society for dismantling prejudice and bigotry and creating equality.

In western countries such as the UK, Australia and the US there was a time when societies and the churches belief that homosexuality was a sickness, crime, abomination, perversion etc was aligned. So negative was the view of same-sex-orientation they originally hung gay men but later incarcerated or tried to “cure” them with cruel “treatments’ such as lobotomies and electric shocks. Some of you will remember this from the 50’s and 60’s. This belief and treatment was born out of nothing more than ignorance.

Growing up in the 50’s and 60’s no one was out. To reveal your true identity meant imprisonment, loss of jobs, rejection by family and friends. Very feminine gay men and masculine lesbians had difficulty hiding their identity (this left-over stereotype still exists today). People had their suspicions or would secretly gossip that he is “one of those” or “a friend of Dorothy’s”.  Others were able to hide behind the facade of a heterosexual marriage with an unsuspecting spouse or they chose a lavender marriage.

That began to change, thanks scientific research and the American Psychiatric Association (followed by other mental health professional organisations) removing homosexuality from its list of mental disorders in 1973. Society’s attitudes began to change as more people felt brave enough to come out. This was still a perilous act though with the possibility of public humiliation, loss of jobs, promotions, rejection by families as I’ve mentioned. We owe a lot to those brave early pioneers who took risks we could never comprehend. So when you hear of Gay Pride, remember, it was not born out of a need to celebrate being gay. It evolved out of our struggle as human beings to break free of oppression and to exist without being criminalized, pathologized or persecuted for being who we are. Don’t be mystified by the term and wonder why there is no such thing as a  “straight pride”, be grateful you never needed one.

Coming out of the closet, being open and honest created a visibility. Without that, preconceived notions, misconceptions, ignorance and stereotypes could never have been broken down in the minds of average citizens.

Eventually laws changed aswell so that these days only a small minority of people view same gender loving people as sick, immoral or evil. The US is a good example. With its highly religious influences, in1973, 70% of Americans felt same-sex relations are “always wrong,” and in 1987(most likely due to religious political campaigning) that rose to 75%. By 2000, it had dropped to 54% and finally bumped over the 50% in favour milestone only a few years ago (2007). By 2010 it was down to 43.% against.. …..and will continue to drop as people see that marriage equality hasn’t produced hurricanes, tsunamis, earthquakes or the slippery slope theories of sensationalist, fear-mongering religious conservatives have not become reality.  .

The breakdown of the Public Religion Research Institute’s  research is even more revealing. Among self-described Evangelicals, the millennials (18 to mid-30s) showed the highest level of support for same-sex-marriage at 43 percent (though the poll only included white Evangelicals), compared to 33 percent for generation X, 22 percent for Baby Boomers and 19 percent for those 68 and older. The church leaders of tomorrow have it all worked out and those maintaining negative attitudes towards LGBT people are a dying breed.

Whilst the rest of society moved on Churches and ex-gay organisations like Exodus fought to maintain an outdated mindset under the guise of maintaining Christian “values’ and biblical principles. They became locked in a time warp re sexual and gender identity. 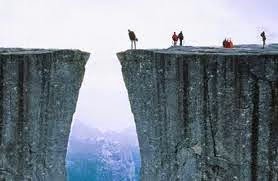 This gulf between conservative Christians and the rest of society is so wide now they are in the minority and their views considered extreme. Not only do they have gay and lesbian people opposing them (who are a minority) but also their family, friends and an increasing number of progressive churches.

It’s interesting to note that now in the volatile space of the homosexuality/Christianity “debate” certain Christian groups are crying they are being persecuted. There is a universal law that Jesus spoke of, which says “what you sow you reap”. Possibly the conservative Christians are now getting a taste of what they have dished out to LGBT people and their community for decades.

Come on church…..you have forty years to catch up on. You can’t bury your head in the sand any longer hoping it will not go away. It won’t. Soon you will have gay and lesbian couples coming through your doors that are legally married and have children. Will you turn them away as you once did people of colour or those who’d been divorced?.

According to the majority of western society, the view that homosexuality is a sin and that our loving committed relationships are flawed, unnatural, sick, broken is outdated, offensive and extreme. When tired, hackneyed clichés like “love the sinner – hate the sin”, or “God made Adam and Eve – not Adam and Steve” are used, expect a backlash.  When you say hurtful, cruel and untrue things about LGBT people, the community or our relationships, you can no longer cry ‘freedom of speech” and you lose all credibility as a representative of God a God of Love. Times have changed.

This gulf put Exodus on the side of extremism.

If you would like to receive a PDF of the complete article click on this email address info@gayambassador.com and hit send.

Or read the 8 Factors that Created the Tipping Point separately.

No.1 The Society Shift Factor No.2 The Gulf Factor
No.3 The Internet Factor
No.4 The Honesty Factor
No.5 The Bridge Building Factor
No.6 The Listening Factor
No.7 The Evolving Faith Factor
No.8 The Midlife Factor