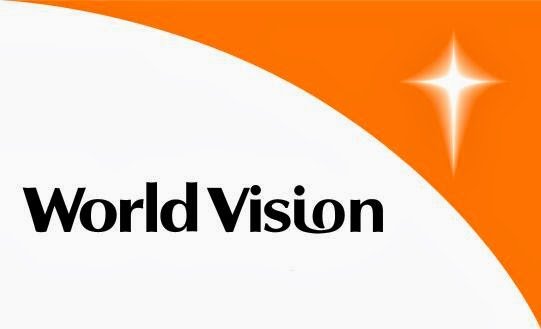 I’m still
shaking my head at what’s happened in the last 48 hours with the World Vision
US debacle.

On Monday, Christianity Today reported that, World Vision US, one of America’s largest
Christian charities, made a groundbreaking announcement that they will now
permit gay Christians in legal same-sex marriages to be employed at the
organisation.
World Vision’s board was not unanimous, Richard
Stearns, the US director acknowledged, but was “overwhelmingly in favour” of the change.  “Changing
the employee conduct policy to allow someone in a same-sex marriage who is a
professed believer in Jesus Christ to work for us makes our policy more
consistent with our practice on other divisive issues,” he said. “It also allows us to treat all of our
employees the same way: abstinence outside of marriage, and fidelity within
marriage.”
Cyberspace
went wild. This was a huge step forward for equality, that gay Christians, who
can now make a commitment of love and fidelity recognised in their state, would no
longer be excluded from working for an organisation that serves the poor in
developing countries. One would think that making the world a better place for
the poor and needy, trumped a person’s beliefs about homosexuality.
Apparently not.
Evangelical and Pentecostal leaders and
denominations railed against World Vision US for moving away from ‘biblical
teaching’. The Christian
Post ran the headline, The
Apostasy of World Vision Embracing Gay Marriage. Some denominations, like the Assemblies
of God suggested their constituents withdraw their financial support. The
result was immediate as 1,000’s cancelled their monthly donations to feed the 1.2
million starving children sponsored by World Vision U.S.
Within 48 hours,
World Vision US had reversed its decision.
In a letter
to World Vision US supporters, Richard Stearns announced the back-flip saying. “Today, the World Vision U.S. board
publicly reversed its recent decision to change our employment conduct policy”.
“We have
listened to you and want to say thank you and to humbly ask for your
forgiveness.” “We are broken-hearted over the pain and
confusion we have caused many of our friends, who saw this decision as a
reversal of our strong commitment to Biblical authority”.
Right
wing Christian websites clapped their hand with glee and release articles such
as “World
Vision Repents, Asks Forgiveness for Sin of ‘Blessing’ Sodomy-Based ‘Marriage’”

Watch this space. It will be volatile.
World
Vision US has failed to realise a number of other factors.
Firstly,
World Vision US supporters are not all faith people. Many are just good people who
believe supporting the poor in developing countries is an honourable thing. But all of these people will have an out, proud gay or lesbian brother, sister,
niece, nephew, aunt, uncle, parent or grandparent, grandchild, friend or work
colleague. They will not be happy with the reversal and withdraw support.
Secondly, some of World Vision US’s
supporters are Christians who attend churches which have moved on from
outdated concepts about sexual orientation and now welcome LGBT into their churches.
Some ordain them. They would have rejoiced at the first decision and
be appalled by the second.
And thirdly they
have once again alienated the youth who already are leaving churches and rejecting
traditional Christianity as being anti-gay. (Read Gays
Linked to Lack of Revival). Does World
Vision US, really expect these young people will be their next generation
of supporters and workers?
One thing that always amazes me in
these situations is that people of the book (conservative, evangelical
Christians) fail to see the huge gulf that exists between following Jesus
example and the attitudes and behaviours of the Pharisees, once again being
played out in the 21st century. Had they lived in Jesus’ times, it’s not hard
to see which side they would have stood when Jesus healed people on
the Sabbath. The religious leaders of the day kept strict laws about what one
could and couldn’t do on the Sabbath and Jesus broke these.
But he was operating by a higher law. THE
LAW OF LOVE, which asks the question “What would love do?”
Just in case it’s not really clear.
They would not be standing on the side of compassion and rejoicing that
people had been healed of their illnesses. (Mark 3:1-6
& Luke
13:10-17). They would be so incensed that Jesus had crossed over their
religious boundaries they also would have planned to kill Him. Much like some
evangelical Christians trying to kill the work of World Vision US by withdrawing
their support and in the end allowing children in developing countries to die.
Why would they do such a cruel thing? Because World Vision US crossed a boundary,
saying legally married same sex couples in our organizations should receive the
same entitlements that heterosexual couples receive.
Essentially, what World Vision US has
done to gay and lesbian couples, and their families and friends is say “Hope
you enjoyed your 48 hours of equality. Now go back to the back of the bus where
you belong”
This has been the saddest 48 hours of modern Christian history. Richard
Stearns has asked his supporters to forgive him. Possibly he should be asking
God for the same thing. And apologise to the LGBT community for the deep hurt inflicted on them.
Ambassadors & Bridge Builders
International provides education,
training and consultancy services to churches, denominations and Christian
organisations who seek greater understanding of LGBT issues and working with
the community. Obviously, at this stage, World Vision US is not one of our
clients.

PLEASE NOTE: The above article refers to World Vision US.

Anthony Venn-Brown is the co-founder and former leader of Freedom2b, Australia’s largest network of LGBT (lesbian, gay, bisexual, transgender) people from Christian backgrounds. He is also an educator and consultant on LGBT/faith issues and leader in deconstructing the ‘ex-gay’ myth. Anthony’s autobiography ‘A Life of Unlearning’, details his journey from married, high profile preacher in Australia’s mega-churches to living as an openly gay man. Anthony has been twice voted ‘One of the 25 Most Influential Gay and Lesbian Australians’ (2007 & 2009) and  was one of four finalists for the 2011 ACON Community Hero Award. He is also the founder and director of Ambassadors & Bridge Builders International.
By Anthony Venn-Brown OAM|2017-04-29T12:28:32+10:00March 27th, 2014|Categories: Church|Tags: Assemblies of God, Gay christian|1 Comment