Exodus Asia Pacific part of the crumbling Global Alliance has lost another organization from their site. Ministry One is no longer listed as the founder and director, Simon Tinkler, is now living as an openly gay man. 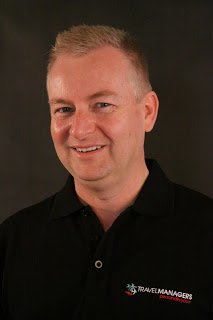 Here is his story in his own words.   You can love and serve God as an out and proud gay man.  You do not have to choose between being gay and being a Christian.  Discovering this truth has been a difficult yet exhilarating journey for me.As a teenager in a contemporary church, I was sold the cruel lie that being gay was evil and that I could easily become straight. Twenty years of attending ex-gay support groups, enduring exorcisms, days of fasting and hours of prayer left me unable to change into a straight person.

During that time, I was an Australian Christian Churches Pastor, married, with two beautiful daughters. When I spoke to senior ministers about the struggles with my sexuality I was told to keep it a secret.  I wanted to support others who were going through the same thing and founded Ministry One in 2003 and was its director for six years. Like other ex-gay ministries in Australia, Ministry One was affiliated with Exodus International and we looked after people who’d made inquiries through their website.

Living in a Christian subculture, where I could never be myself, eventually the struggle became so great I got to the point of considering taking my own life.  Thankfully I decided not to die but to live, to embrace the love of God and be the person I really am.  This involved discovering that literalist interpretations of the Bible create an ugly caricature of Christianity. I discovered an authentic and progressive faith in God and moved into the LGBT community where I found love, acceptance, friendship and support.  It was so good to be welcomed and embraced after years of secrecy and rejection.

I have been in a committed relationship since July 2009 with my wonderful partner Timo where we celebrated our civil union in February 2012. I am also actively involved at St John’s Cathedral, Brisbane.  I have a loving relationship with both of my daughters and it has been good to see my ex-wife get remarried to a heterosexual man.  I run a successful travel business and seek to be an encouragement to those I meet.

I know firsthand that it is very hard when you are a gay, lesbian, bi-sexual or transgender person in an anti-gay “Christian” world. You can feel very alone, very afraid and very confused.  My encouragement to people in this situation is that there is a better way but it must be your own choice and that choice does take courage.  Each person must choose their own path. Above all I encourage gay people not to get married for the sake of the precious other person involved and to avoid ex-gay ministries like the plague.

I conclude with a heartfelt apology to anyone who has been hurt or misled by my past life and ministry. If I had known what I know now, I would not have chosen that path for myself or encouraged others to believe they could become straight.