Secret Mission “They’ll find out when it’s all over”

Home/Conversion therapy, Help needed/Secret Mission “They’ll find out when it’s all over”
Previous Next

Secret Mission “They’ll find out when it’s all over”

Operation “They’ll find out when it’s all over”

Imagine a day when ex-Gay/conversion/reparative therapy organisations no longer exist in Australia.

An opportunity has come up that means we are closer to that time than ever. But I need  your help to make this happen.

Ex-gay/conversion/reparative therapy ministries have preached the same message (homosexuality is a sin and God can change you) for the last fourdecades. Recently there have been some encouraging signs of a shift.

“I was forced to go to Christian counsellor by my parents after I came out at age 16. I tried for a few months to change to please my parents. I ran away to Melbourne and stayed with a friend and his family who accepted me”. Ryan

Since 2000 I have focused on deconstructing the ex-gay myth in Australia and supporting ex-gay survivors. During this time I’ve heard literally 100’s of stories from young and old who have been harmed emotionally, psychologically and spiritually. The self-loathing and sense of shame these programs create means people have suffered mental health issues and some attempted suicide. Lives have also been lost as was recently reported in the Melbourne Age.

Australia has seen a major decline in ex-gay/conversion/reparative therapy ministries. But one of the ex-gay leaders here, Haydn Sennitt of Liberty Christian Ministries, was flown over to the Exodus (global umbrella organisation for these ministries) conference last year by his supporters. On his return, Sennitt wrote disparagingly of Exodus and Alan Chambers, it’s president. Liberty Christian Ministries has stated they are committed to ‘educating’ pastors and churches on the dangers of homosexuality and getting into schools. My goal remains the same; to see these organisations closed down and then I can focus more on phase two of my strategy.

“Over 30 years of deliverance, inner healing prayer, counselling, conferences, seminars, etc. My orientation did not change. Through those years I was terribly suicidal. I tried to commit suicide and cut myself up quite badly a 2nd time. I’ve nearly overdosed on pills another time.” Steve

Secrecy about this project is paramount for a reason

There are people here and overseas who will not be happy with the final outcome of this project. Therefore I am keeping my plans a secret at this stage. I have learnt that initially it’s better to keep your cards close to your chest. Otherwise, opponents launch email campaigns against me and begin harassing and, at times, attacking the church leaders I am dialoguing with. The progressive conversation then gets high-jacked and muddied and the months of work I have put into these things gets undermined.   Please consider supporting this project

Any donation small or large is gratefully received. I am extremely confident that this is a watershed moment in ending the unnecessary harm caused by ignorance and misinformation about sexual orientation. Every day we move closer towards understanding, acceptance and equality.

As a way of saying thanks to people who have donated I intend to send special emails to keep you updated on developments as they happen.

If you would prefer making a donation immediately you can do so through the GiveNow website where you can transfer from your bank account or use a credit card.

“I went to an ex gay group and I also saw a number of Christian psychologists over the years. This built up a lot of self hatred and caused so much depression and self destructive behaviour. I LOST a DECADE of my life.” Scott

Which donors comments below touched me the most? Which is the most important donation?

“How do I send you money for your new endeavour that is secret right now? i
am sorry it will only be a tithe amount of $30 NZD but I want to help” S ………New Zealand.

“Thank you for helping me in my personal life of unlearning. I’m not working right now, but I would like to give my widow’s mite towards your campaign: It’s just £10 to which I can only add my promise to pray for you and the campaign”.  P……….UK.

“I’d like to donate $75 to your endeavour you mention in your latest email. Sadly it not a large amount but hopefully others are contributing too”. S…..Canada

“I would like to contribute $100 to the secret program, whatever it is. If you are heading it up then I know I can trust it is worthwhile to contribute to.  Just let me know how I can make the payment.” J….Straight Pentecostal woman with lesbian sister NSW.

“I’d like to donate $20 to your secret project. I know it isn’t much, but I’m pretty poor right now. I hope that’s ok.” I…… University student NSW

“I admire your courage and strength as you move forward with the very important work Bridge Building. Here’s $100.” M…. San Francisco.

“Your work is so valuable both to straight Christians trying to shift away from homophobia and to LGBT Christians trying to come out. Yesterday when my partner and I were talking about you she commented “I think he saves lives” – that really says it all.  Keep up the good work! We have donated $250 to your account. W……Queensland.

The answer of course is every single one of them touched me and every single contribution important. Such touching emails and of course knowing that people believe in and want to support the work I do…….well it’s hard to put into words. I’m so blessed. 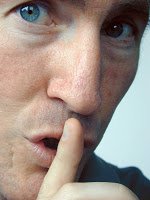