When faith and sexuality collide (The Age)

When faith and sexuality collide (The Age)

When faith and sexuality collide 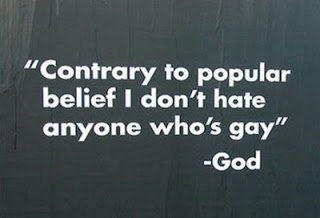 Right to the end, Damien Christie feared that the God he worshipped did not love him back.

Rejected by his Pentecostal church for his sexuality, he underwent gay ”conversion” therapy at a Christian ministry in Melbourne. If the program’s aim was to ”pray away the gay”, it failed. He remained a homosexual man with a strong faith, and found a new church that embraced him.

Yet the turmoil of trying to reconcile the warring parts of his identity left an indelible mark.

On March 27, Damien took his own life. Nobody can know with certainty what triggered the decision, but those close to the 43-year-old personal carer believe ”reparative” therapy at Mosaic Ministries in Melbourne’s south-east scarred him deeply.

”It troubled him right to the end,” said friend and counsellor Matt Glover, a former Baptist pastor sacked from his Lilydale church in 2011 for publicly supporting same-sex marriage.

”I saw him every two weeks for counselling and he would often ask the question, ‘Does God still love me, Matt?’ Despite me reassuring him every time, it just couldn’t stick. He was a very sensitive, kind, compassionate man. So many people loved him but life was just too hard. It’s tragic.”

Mr Glover, who conducted Damien’s funeral last Wednesday, hopes his death will be a wake-up call for church leaders in denial about the damage caused when they reject gay members of their flock.

It’s a view backed by other Christian counsellors and health experts, who say the phenomenon of what they call ”gay religious suicide” is vastly under-reported.

While conversion programs are at the extreme end of the spectrum – and relatively rare, with fewer than 15 believed to be operating in Australia – rejection of gay church members is common as religious leaders from all denominations grapple with homosexuality within their ranks.

In Fairfax Media story last year, Damien, a regular volunteer at the Lort Smith Animal Hospital, described how he was driven to attempt suicide after being told in therapy that his homosexuality was a ”sickness” that could be cured.

He said Carol Hardy, who runs Mosaic Ministries – which, according to its website, aims to ”inform and educate communities, parents and families to better understand and handle those who struggle with sexual confusion” – had suggested the sexual abuse he suffered as a child might have caused his homosexuality, and during a prayer session had pleaded for the ”spirit of Jezebel” to leave him.

Another man, David Lograsso, told a similar story, saying that during counselling Mrs Hardy had linked his sexuality to his relationship with his father.

Mrs Hardy last week denied the claims, saying they were ”bizarre”. When The Sunday Age questioned why two men who had never previously met would invent such stories, she said: ”Well, that might be their perception, people have their perceptions. I’m not saying they’re lying.”

She insisted sexuality had not been the focus of her sessions with Damien, whom she had not seen for more than 2½ years, and maintained she had repeatedly reassured him that God loved him unconditionally.

When asked if she believed homosexuality could be changed by her therapy, she said: ”No, not necessarily … The aim is to work with what the client’s wanting to work on, and I work alongside them and the desires that they have.”

In a separate interview, David Hardy said the claims against his wife were ”malicious lies” and that she had tried to help Damien.

Asked if his wife had ever told people she counselled that she could cure them of their homosexuality, he said: ”Wrong. Only if the person wants to be cured. They can be cured of anything. I’m not saying they can be cured completely but they can overcome it, like alcoholism.”

Damien’s friends acknowledge that his troubles were complex – he struggled with alcohol issues and had been sexually abused as a child – but they feel the ministry’s teachings damaged his self-esteem.

Mr Lograsso said the program had left both him and Damien feeling inadequate. ”His faith was still strong because he loved God but the residual effects of the ministry played a large part in his mental health. He used to say how he felt damaged and unworthy. The pain was just too great.” 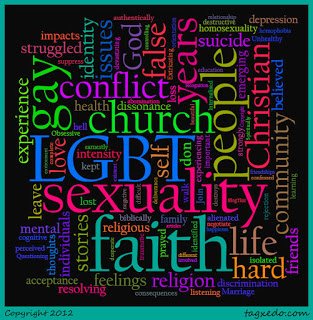 Former evangelist preacher Anthony Venn-Brown, who now runs support groups for gay Christians, said he had received hundreds of emails from people who had been driven to attempt suicide due to the conflict between their faith and sexuality.

‘If a 14-year-old kid goes to his pastor and says ‘I think I might be gay’, his first response most likely will be, ‘Well, we’re going to pray with you and help you overcome this’, and that sets them on a path of self-destruction. If you’re really involved in a strong evangelical church, that’s your whole life, so you’re worried you’re going to lose your social network, you’re going to go to hell, your family might reject you and your relationship with God will be over,” he said.

Professor Anne Mitchell from La Trobe University’s Australian Research Centre in Sex, Health and Society, who has conducted extensive research on same-sex-attracted youth, said those from faith-based backgrounds were much more likely to self-harm or attempt suicide.

”There’s no doubt it’s an under-reported phenomenon. For many kids it means a choice between their faith and being gay. But they just can’t cut the gay stuff away to be acceptable to their religion and eventually there has to be a resolution. For most young people it’s to leave the church, but sadly for some it would be to kill themselves,” she said.

It was concerns over high suicide and self-harm rates among gay and lesbian people from faith backgrounds that led Rob Buckingham, pastor of the Pentecostal Bayside Church in Cheltenham, to deliver a groundbreaking sermon two years ago with the message that ”real Christianity is accepting”.

”The church in general needs to reach out with the love of God for all people. Jesus had a special compassion for those who were marginalised by society and the religious institutions of his day. I believe the church of today needs to reflect that same compassion,” he said last week.

”We need to tackle what’s going on in these big mega-churches. What’s going on with pastors and church leaders who are completely ignorant? I know of a church where one of the pastors recommended to a guy that he go and see a female prostitute because he couldn’t comprehend that this guy could not be attracted to or enjoy sex with a woman,” he said.

In a statement, Australian Christian Churches – the nation’s largest Pentecostal movement – said it had ”a commitment to endeavour to show the love of God to all people, regardless of culture, creed or sexual orientation”.

The Catholic Church was unable to provide anyone to comment on this story.

Mr Venn-Brown has formed Ambassadors and Bridge Builders International, an organisation that aims to reach out to and educate church leaders from all denominations to ensure gay people of faith are welcomed.

”There are pastors and church leaders out there still living with that outdated belief that either you become gay because your dad didn’t love you enough or your mum was overbearing, or you were sexually abused, or that you choose to be gay and that you can change it,” he said.

”The culture of secrecy and silence breeds shame, and until we change that these tragedies are just going to be repeated.”

This story was found at: http://www.theage.com.au/victoria/when-faith-and-sexuality-collide-20130413-2hskc.html