The gay scene and the gay community – what’s the difference?

Home/LGBTI/The gay scene and the gay community – what’s the difference?
Previous Next

The gay scene and the gay community – what’s the difference?

To all my friends who constantly speak disparagingly about the supposed ‘homosexual lifestyle’ or ‘gay lifestyle’ and stereotype gay people and the community……….I’d like to set the record straight. 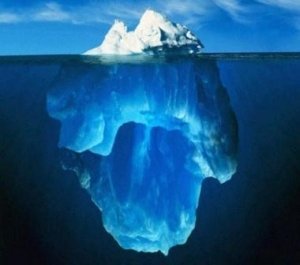 There are essentially two worlds – the ‘gay scene’ and the gay (or LGBTIQ lesbian, gay, transgender, intersex, queer) community. The ‘scene’ is like the tip of the iceberg; what is seen by others because it is visible on a street, suburb or pride parade. Like the ninety percent of a submerged iceberg, the community is larger and less visible. It consists of organisations, groups, support networks and also gay and lesbian singles and couples living ‘normal’ lives in the suburbs. Occasionally there is an overlap but not often. Some live, socialise and work in both. Many never enter each others’ worlds. The values, lifestyles and culture of these two worlds are as different as Asian culture is to western is to African is to Middle Eastern.

Dig down even deeper below the surface and you find it is not a single community but diverse communities and subcultures that are separate but not necessarily divided. The common thing that binds them together is their experience of inequality, discrimination and their desire to make a better world for themselves, others and future generations.

To make assumptions and judgements about all gay and lesbian people’s sense of morality and lifestyle by the activities on a single street or from images they have seen in print is ludicrous. As ludicrous as it would be if an overseas tourist came to Sydney, booked into a hotel in Kings Cross (nightclub/red light area) for the weekend, then flew back home and accused all Australians of being drunken, debauched, sex crazed hooligans.

If you believe that all gays and lesbians are shallow and obsessed with sex, body image, partying, nightclubs and bars then you are either an observer from the outside or mixing in the wrong circles.”