Walking into the Evergreen International Conference at the Joseph Smith Memorial Building, I felt butterflies in my stomach and took in my surroundings. It was my first time attending an event where the goal was to encourage participants to stop being gay and turn straight.

I was nervous, and all the preconceptions about the pious and faithful gathering were smashed just moments after walking through the door.

“Is this your first conference?” The plump, balding middle-aged man I was sharing an elevator with, asked.

“Yeah, it is. Yours?” I responded, happy to make a friend that might be able to show me the ins and outs of the conference.

“Nope, I’ve been to tons. I love ‘em. So many cute guys here, kind of like you,” he said as he took a step closer to me and smirked.

“You smell good, would you like to feel good?” He asked me as we landed on the ninth floor for registration.

Exiting the elevator quickly, I practically ran into another pleasantly plump, balding middle-aged man. Sensing I was flustered, he asked me if I was OK.

“Yeah, I’m fine. I just had a very surreal experience. A guy totally came onto me in the elevator and I wasn’t exactly expecting that here,” I said offering my hand to my new friend, introducing myself.

“Well I can’t say that I blame him, you’re a cutie. What are you doing after the conference? I have my own place not far from here, would you like to come over for some fun?”

“Jesus Christ!” I blurted out far too loudly. “What the hell is going on? I thought all you guys were trying not to be gay.”

“We are, but no one is perfect,” he shrugged and walked away.

I was propositioned more times at a conference that was supposedly changing people straight than I ever have been at a Pride festival, gay bar or party. I had guys old enough to be my father putting their arms around me, bumping up against my leg and asking to take me home.

Throughout the day I was bombarded with religious dogma, but the overarching theme of the conference was that Lady Gaga is wrong: you aren’t born this way. False statistics were bantered about and the American Psychological Association was attacked and demonized.

As married men propositioned me for sex, and very confused teens sat with their parents in what had to be an extremely awkward day, it seemed that the crowd was challenging the speakers’ assertion through their very existence. No one there chose to be gay. The diversity of age, body type and personality also combated the idea that sexuality is not an inborn characteristic. People from all walks of life were gathered and I became friends with construction workers, business executives and bankers.

It quickly became clear that the Evergreen method did not work. But equally as clear was that the method and rhetoric being spouted was damaging. Rather than expressing their sexuality in healthy ways, these men were relegated to attending the conference just to find a partner for sex and some sort of connection.

And Chad, the last Evergreen Conference attendee to hit on me, was as shameless as a Craigslist post.

“Look, I really just kind of want to see you naked. I’ll let you do whatever you want to me, just don’t tell anyone, especially my wife,” he said.

“Why are you doing this to yourself? Why not just come out and drop the whole charade of being religious?” I curtly responded, growing tired of the hypocrisy of the situation.

“I can’t. I just can’t. It would be like admitting defeat. If I keep it hidden, it’s like no one will ever have to know,” Chad said as he scanned the crowd looking for someone else that might be interested in his proposal.

If you feel that you are tormented by uwanted same-sex attraction then the answer lies in loving and accepting your true self…..and offer you this suggestion. Before you invest the time, money, emotional energy and possibly years of your life trying to go from gay to straight, ask the ex-gay leaders what guarantee they can give you that it will work. If they are honest with you, the best they will be able to offer you as a degree of ‘heterosexual functionality’, but the gay never actually goes away. Then ask yourself what would be the best way to spend your time, money and emotional energy…..rejecting yourself or accepting yourself. 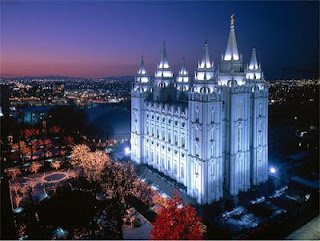