What Happened in Hong Kong

What Happened in Hong Kong

Have you had the feeling that you were really meant to do something? That’s the feeling I got when I first heard about the Amplify Asia 2012 Conference.  The amazing time  in Hong Kong certainly confirmed that. Historic is a word I would use to describe the conference.

Amplify Asia 2012 was the largest gathering of Asian Affirming churches to date. Much of Christianity within Asia is very very conservative so these people have a great deal to contend with including laws that prohibit any same sex activity (in some countries), a culture in some countries that rejects same sex orientation, strong family pressures to conform and a breed of Christianity which has a long way to go beyond the old ‘abomination’ belief. Some of these churches are the only completely affirming congregations in the entire country.

So you can possibly imagine how encouraging it was for these people to join 300 others and gain insight and help with the challenges that lie before them.

I was very touched by the sincerity of those attending the conference and moved to tears more than once.  It was also quite amazing to see that nearly 50% of those attending were under 30 years of age.  The Asian gay Christian movement whilst small is young and vibrant. 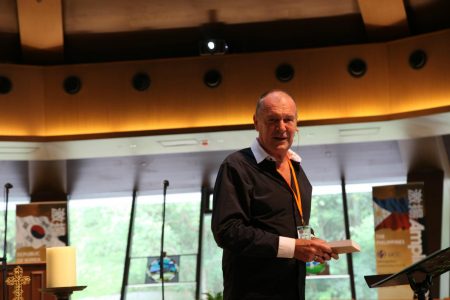 Feedback from my workshop ‘Creating a space for change – being an ambassador and bridge builder’ has been very encouraging as it seems the concept has caused many to see how they could move from being defensive and reactionary to being proactive catalysts for change. It was a timely message.

This little extract I received after the conference gives you some idea.

“Anthony, thanks a million for your presentation. You made me cry when you said 100 Revs in Oz wrote and signed to apologise to the GLBT community. THAT is exactly what I’ve been yearning for some 40 YEARS . . . (I am turning 50 this year). I could fight staunchly till my final breath but that is not what I want. I want true and full reconciliation in love.”

“I was having dinner with friends the other evening and telling them how much I was touched by your workshop. I’m still processing some of the things that took place in my life. I never expected it to be such an impact! “

Spending time with Bishop Gene Robinson (YouTube) and Bishop Yvette Flunder from the US was invaluable. Bishop Robinson is such a gentle, sincere and approachable man whose heartfelt messages touched all the conference. 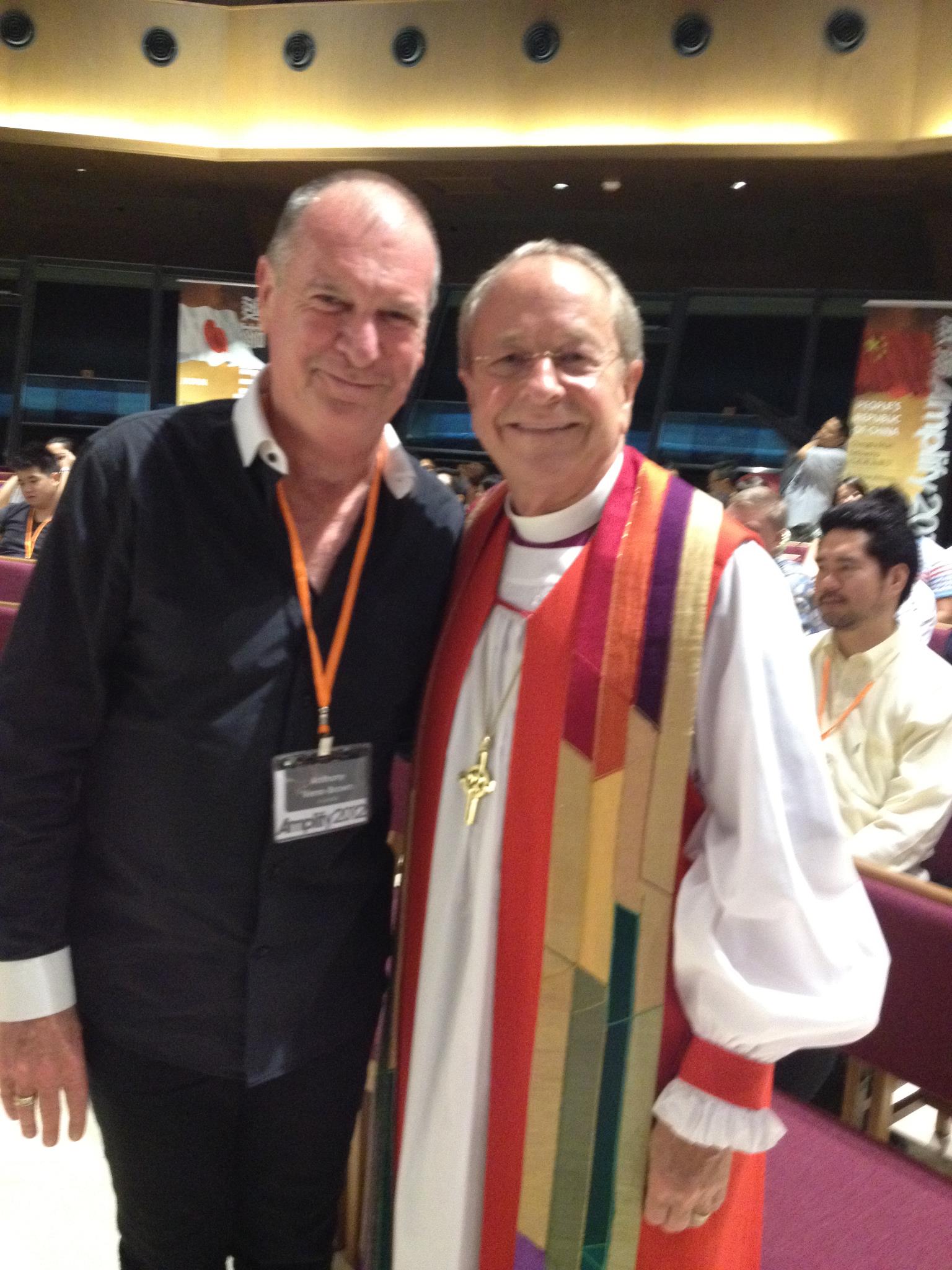 Bishop Yvette Flunder (YouTube) is a third generation Pentecostal, African American, lesbian and of course  a woman. Experiencing life on the outer in so many ways has given her incredible insights and perspectives on the marginalised. 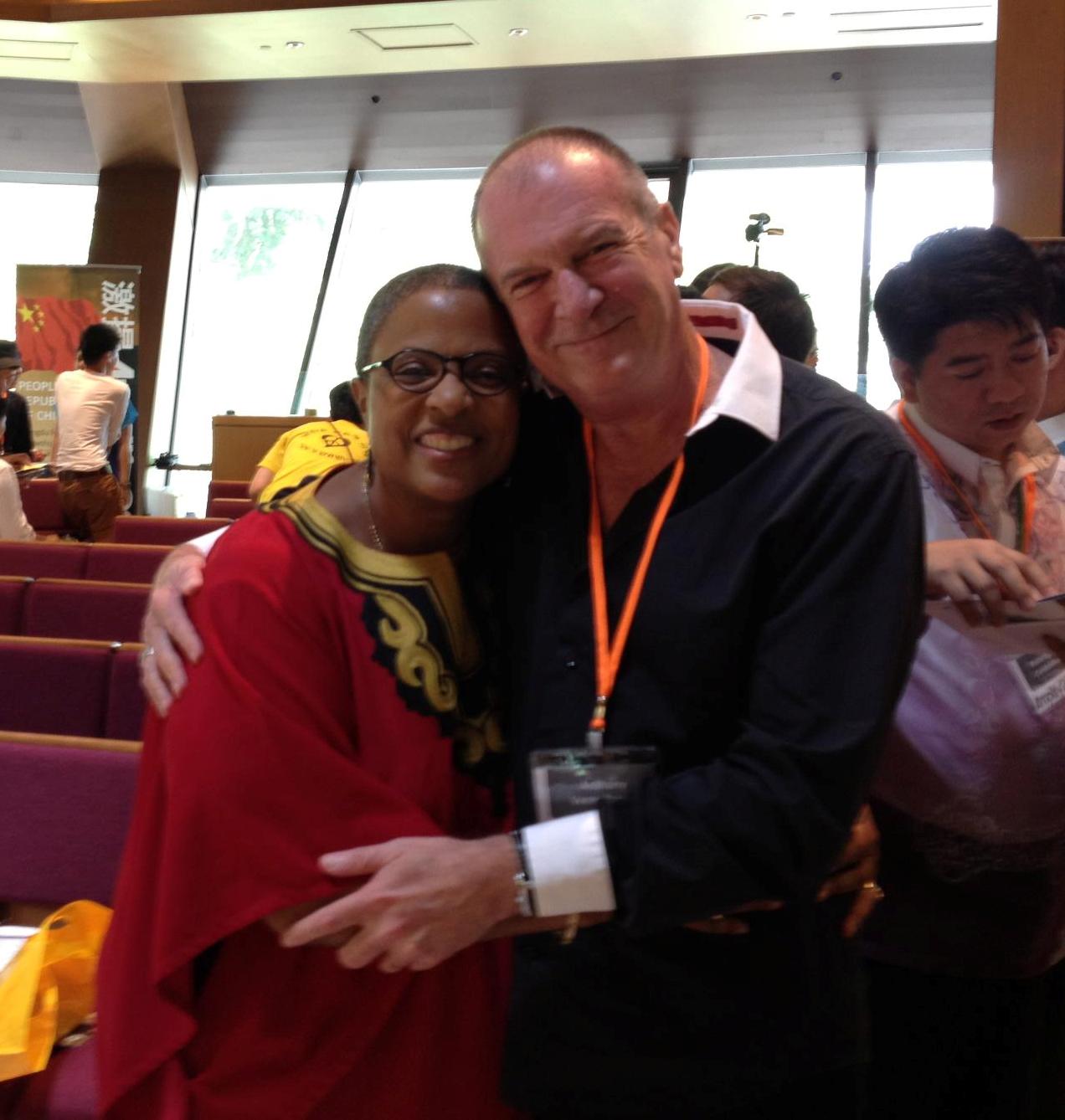 After my time at the conference I now have contacts with church leaders in Hong Kong, mainland China, Singapore, Malaysia, Taiwan, Korea, Philippines.

Wonderful response to the appeal for support

think one of the most encouraging things about this opportunity was the amazing financial support I received. Once the newsletter was sent out I received a donation within 30 minutes. That continued and within the next five days through donations of $20, $50, $100 and even $1000 the entire budget was covered. You can probably imagine how encouraging this was that so many had confidence in me a person and could also see the importance of supporting this project of Ambassadors & Bridge Builders International. Thank you to all those who gave. You will have received a personal email and report from me already.