British PM on Marriage Equality and the C of E Response

British PM on Marriage Equality and the C of E Response 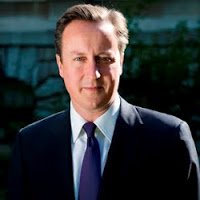 “I just wanted to say three things to you tonight. First of all, this party is really a celebration of the immense contribution that lesbian, gay, bisexual and transgender people make in every part of our country, in the arts, in media, in sport, in business, in finance – that’s what tonight is about and I want to thank you for the immense contribution that you make to our country.

The second thing I wanted to say – there are a number of anniversaries – it’s the 40th anniversary of the first Pride march in London, the 40th anniversary of the foundation of the Jewish Gay Equality Group and I think it’s worth remembering the journey that politics has been on in terms of gay equality over the last forty years – the decriminalisation of homosexuality, the lowering of the age of consent to 18, the equalisation of the age of consent that the Blair government achieved, the introduction of civil partnerships – backed by my party and I just want to say I am absolutely determined that this Coalition government will follow in that tradition by legislating for gay marriage in this parliament.

I make that point not only as someone who believes in equality but as someone who believes passionately in marriage. I think marriage is a great institution – I think it helps people to commit, it helps people to say that they’re going to care and love for another person. It helps people to put aside their selfish interests and think of the union that they’re forming. It’s something I feel passionately about and I think if it’s good enough for straight people like me, it’s good enough for everybody and that’s why we should have gay  marriage and we will legislate for it. And I know there’s going to be some big arguments, there will be arguments obviously within political parties including my own, there will be arguments with many of the public that take a different view.

It is worth noting however that opinion polls consistently show that the public support the case for equality and obviously there’ll be arguments within the Churches as well and I can say how great it is to see some Church men and women here tonight supporting this cause. I run an institution – the Conservative Party – which for many many years got itself on the wrong side of this argument, it locked people out who were naturally Conservative from supporting it and so I think I can make that point to the Church, gently. Of course this is very, very complicated and difficult issue for all the different Churches, but I passionately believe that all institutions need to wake up to the case for equality, and the Church shouldn’t be locking out people who are gay, or are bisexual or are transgender from being full members of that Church, because many people with deeply held Christian views, are also gay.  And just as the Conservative Party, as an institution, made a mistake in locking people out so I think the Churches can be in danger of doing the same thing.

Following his speech at 10 Downing Street on Tuesday July 24th, Anglican Mainstream sent this letter to the Prime Minister asking him to correct his serious misrepresentation of the teaching of the Church. 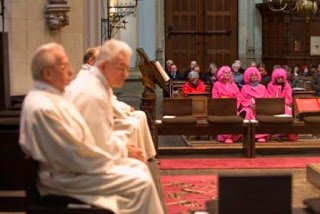 We write to ask you to correct a serious misconception in the speech you made to representatives of Lesbian, Gay, Bisexual and Transgender Groups at Number 10, reported on your website on 25 July 2012.
In that speech you say that opponents of the redefinition of marriage within the church are “locking out people who are gay, or are bisexual or are transgender from being full members of that Church.”   This is simply not the case.   It is in fact the teaching of Christian churches that all people, including those self-identified as gay, bisexual or transgendered, are to be welcomed as members.Your misconception suggests, first, that you are not adequately informed about the terms being used in the debates about same-sex attraction.  For example, when you refer to ‘people who are gay, bisexual or transgender’, do you mean people who experience these attractions or people who engage in such experiences?   For the churches, the distinction is critical: those who experience the attraction have always been fully welcomed.   This is because ‘full membership’ of a Christian church comprises those who are baptised, i.e. those who have repented of their sins, and declared their faith and trust in Jesus Christ as their Saviour.   Since we are all sinners, all people are welcome.   You are perhaps familiar with the most famous verse in the Bible:  God so loved the world that whoever believes in Him should not perish but have eternal live.  (John 3:16, emphasis added).  That is why the gospel is such good news for everyone.

Second, your statement suggests that you have not understood what ‘full membership’ of a Christian church actually means.  When we are baptised, we make a commitment to live no longer according to our own lights but according to the love of God as expressed in the teaching of Jesus and the scriptures. This teaching allows for physical sexual expression only within marriage of a man and a woman, and calls for repentance when we transgress. This applies, of course, just as much to hetero-sexual activity outside marriage as it does to homosexual activity.

We are sure that you will agree that, whatever people’s views about a public policy issue such as your Government’s proposal for same-sex marriage, the public debate about them should be conducted as far as possible on the basis of correct information.   We make no progress if we misrepresent the views of those with whom we disagree.  We therefore invite you, in the interest of promoting healthy and effective public debate, to correct the misconception contained in your statement of 25 July.

Please be assured that, notwithstanding our differences with you on this question, we as Christians will continue to pray for you and your colleagues in government in the heavy responsibilities you bear at this challenging time for our nation and a needy world.