Sydney 28 May 2012 – The Senate Same-Sex Marriage Inquiry called the National Marriage Coalition last week to speak to their submission against marriage equality. Joining Christian Activist Bill Muehlenberg, was Reverend Ron Brookman, whose ministry, Living Waters, works with people who have ‘unwanted’ same-sex-attraction. Rev. Brookman told the committee ‘For over 30 years I was homosexual’ and that he had experienced a ‘transformation of my sexuality to heterosexuality’. Others challenge the truth of that statement.

Anthony Venn-Brown, a former married, Assemblies of God minister and now gay community leader says that Brookman has not been completely honest to the inquiry and that his heterosexual marriage is not an indication of a change in his sexual orientation.

‘Ron and I were filmed for a Bible college presentation presenting both sides of the debate on homosexuality. Ron freely admitted, more than once, that he got sexually aroused reading my autobiography. Whenever pressed whether he still experiences homosexual thoughts or feelings Ron admits it still happens but he doesn’t act on them. This happened when Ron was interviewed for the recent documentary The Cure. Telling the Senate Inquiry that he is now heterosexual and also encourages others into heterosexual marriage is not only dishonest and misleading it is irresponsible’ said Venn-Brown.

Brookman also told the inquiry ‘In the last six months I have celebrated the weddings of two ex-gay men who have married beautiful wives and two couples who have given birth to babies who would never have been born had they not transitioned from homosexuality’.

Venn-Brown works with gay men in heterosexual marriages and says he is very aware of implications of taking the path Brookman is suggesting and the disastrous results this can lead to.

‘There are often enormous religious, cultural or family pressures upon these men to conform and they enter the marriage believing it will solve their ‘problem’. But over time these types of marriages become unstainable as the gay man feels fragmented and deep down inside knows he is living a lie’. For many men it begins to fall about around midlife. But I have also worked with men who are coming out in their 50’s and even 60’s, Venn-Brown said.

‘The devastation when reality is faced can be horrific to all concerned. People often say to me, well at least you have your children but I always tell them that whilst I’m grateful for the years of married life and my lovely daughters, I also have to live with the knowledge that I have been the source of the greatest trauma, pain and shame in the lives of the people I cared most about’. Venn-Brown added.

Ron Brookman may have a harmonious loving relationship with his wife and overcome his sexual addiction but turned from gay to straight; I don’t think so. This is nothing more than what I have termed ‘situational heterosexuality’; a level of heterosexual functionality not a change in orientation. Christian groups like the National Marriage Coalition wheeling Ron out to demonstrate homosexuality is a choice and that anyone can change have only undermined their own credibility, Venn-Brown concluded.

A five minute interview Ron Brookman gave after the inquiry is on the Australian Christian Lobby website. 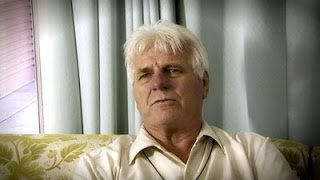