You can’t compare gays to paedophiles, criminals and addicts

You can’t compare gays to paedophiles, criminals and addicts 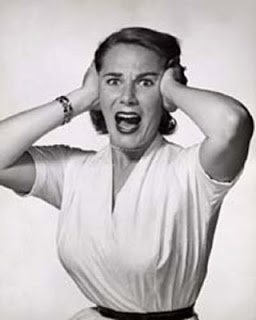 It’s not uncommon to hear people from conservative religious backgrounds make the statement ‘the Bible says homosexuality is a sin’.

This is actually a false statement as there is no chapter or verse for that quote we so often hear in either the Old or New Testaments. It is a belief/assumption based on an interpretation of several verses—six passages out of 31,240 verses actually. While you are looking in your concordance for the ‘verse’ ‘homosexuality is a sin’…..try and find the ‘verses’ also often quoted ‘God helps those who help themselves’ or ‘spare the rod, spoil the child’ or the three kings or came to visit Jesus at his birth as well. Joseph and Jesus were not carpenters and Mary Magdeline was not a prostitute. If some 80 percent, including “born again” Christians, believe that “God helps those who help themselves” is a direct quote from the Bible it is not difficult to understand then how many people falsely believe that ‘homosexuality is a sin’ is also a direct quote.

When the concept of orientation is brought into the discussion these people will then often suggest that others have desires that are clearly sin and should not be acted on but resisted. They ask questions like, “Why do you believe it’s okay for you to act on your orientation. Couldn’t others in society like………….make the same claim.?

There are a large number of people in Christian circles and beyond that think of sexual orientation only in terms of sexual activity. This very limited view demonstrates ignorance of the growing scientific research in the area of sexuality and brain/hormonal activity and processing. Sexual orientation is much more profound than a sex act.Depending on a person’s sexual orientation (homo, hetero or bi) sexual/relational expression comes out of their orientation. According to one’s own experience, sex can be meaningless, addictive, abusive, or the most profound act of love and intimacy two individuals can experience, whether they are of the same or opposite sex.

Sexual orientation is about:

The examples in the first list are either a crime against society, another person, their property, abuse or an addiction that can destroy the individuals life. This is not about orientation.As a gay man my same sex orientation is not a crime, does not take the life of another, doesn’t cause me to break a promise I have made to my partner, used to abuse others and it’s certainly not an addiction destroying my life etc. It’s an orientation.

Murders, abuse, addictions are tragic examples of damaged humanity or evil and are not determined by a person’s sexual identity or orientation.

As mentioned, sexual orientation is essentially about love, intimacy, affection, partnering  and companionship. These are some of the most fulfilling experiences we can have in life as human beings. When two people of the same sex fall in love with each other and want to spend the rest of their lives together in a monogamous, committed relationship, this is divine because ‘love is from God’….and that is in the bible (I John 4:7).

To deny gay and lesbian people these God created experiences is cruel and has no biblical precedent. But to liken our same sex orientation to things like murder, abuse or addiction is not only ignorant it is highly offensive.