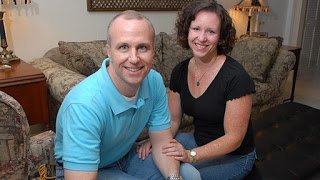 Chambers made the confession at a January 6 panel discussion for the Gay Christian Network’s annual conference in Orlando.

“The majority of people that I have met, and I would say the majority meaning 99.9 percent of them, have not experienced a change in their orientation or have gotten to a place where they could say that they could never be tempted or are not tempted in some way or experience some level of same-sex attraction. I think that there is a gender issue there. There are some women who have challenged me and said, ‘Well that – my orientation or my attractions have changed completely.’ Those have been few and far between. The vast majority of people that I know do still experience some level of same-sex attraction.”

Finally! The world’s top “ex gay” expert has caught up with the past 20 years of scientific, medical and psychological evidence clearly demonstrating what he’s just admitted. Unfortunately, it’s only a matter of time before his organization and those emulating it will spin this quote.

Better late than never or has the damage already snowballed out of control?

If you feel that you are tormented by unwanted same-sex attraction then the answer lies in loving and accepting your true self not rejecting or self loathing. The term ‘unwanted same-sex attraction’ adds to the denial. It is not an attraction it is an orientation. It is far deeper than just an attraction or behaviour and is a part of your brain wiring, thought processes, hormones and behaviour. People need to examine the ‘unwanted’ part of the statement not the orientation itself.