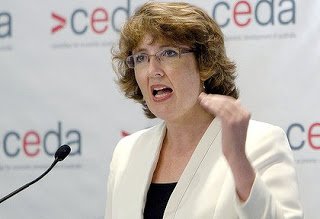 The introduction of a bill in Queensland parliament to allow gay civil unions has brought to light some deep seated anti-gay views and the belief that homosexuals can change, still existing in the minds of some Australian politicians. It has been revealed that Queensland MP Fiona Simpson, made statements in 2002 that she knows ‘former’ homosexuals and promoted the efforts of sexual orientation change ministries such Exodus and Liberty ministries to help gay and lesbian people “grow into heterosexuality over time”.

Anthony Venn-Brown says this type of thinking and comments cause untold harm to individuals and have not only contributed to poor mental health outcomes in individuals, such as depression and suicide but also have torn Christian families apart. Venn-Brown is a former leader in the Assemblies of God and attended Australia’s first live in ‘ex-gay’ program in the early 1970’s. A chapter of his autobiography, ‘A Life of Unlearning’ describes the erroneous philosophies of the movement and the abuse he suffered for six months submitting to the methodologies promised to make him straight.

“When I began to resolve the perceived conflict between my Christian faith and my sexuality I commenced an online support group in 2000 for survivors of ‘ex-gay’ ministries, such as myself. It quickly grew to over 400 people and in the space of anonymity people began to open up about the damage these programs had on them. The stories were heart wrenching and fuelled a passion in me to do all I could to de-construct the ‘ex-gay’ myth here in Australia and end the terrible unnecessary suffering caused by ignorance in Christian circles about sexual orientation”, Venn-Brown said.

“The thing that concerns me the most about people making false claims that homosexuality can be cured is the impact this has on individuals and families. If you are in an anti-gay conservative Christian culture there is a dearth of ignorance about sexuality and enormous pressures to conform. When an individual is struggling to come to terms with their homosexuality these ill-informed beliefs increases the likelihood of mental health issues, depression and suicidality.

Also Christian parents are given ammunition and will say things like ‘see you can change, it’s a choice, you don’t have to be a homosexual’ and put enormous pressure on their gay children to convert. They may even throw them out of the house when they accept being gay and come out. I know too many examples where all of these things have tragically occurred.” Venn-Brown said.

“The most extreme cases I have come across, parents have paid for prostitutes to try and convert them, invested $,000’s flying them to the US for treatment or even beaten them. These have all occurred in Australian Christian households”, Venn-Brown added.

“Thank God these ministries are in decline in Australia, Christian churches no longer supporting them and our understanding of sexual orientation improved. Considering that Fiona Simpson’s comments were made in 2002 it is important for her to be honest and clarify her current beliefs. She appears reluctant to do that”, Venn-Brown concluded.

A recent media statement from Hillsong Church to the ABC backs up what Anthony Venn-Brown is saying about these programs, saying “it’s never been the church’s official position to support ‘ex-gay’ ministries” and “will not refer people to such programs”. And a more recent comment makes it even clearer. “Under Pastor Brian’s leadership, it has been made clear to all the pastoral team that they are not to refer people to such programs.” a Hillsong spokesperson said.