Almost 1,000 people filled the Great Hall of the federal parliament on Tuesday 16 August – calling on politicians to retain the definition of marriage currently in the Marriage Act. Under the theme ‘Don’t Meddle With Marriage’, the meeting called for marriage to continue to be the “union of a man and a woman to the exclusion of all others, voluntarily entered into for life”.

Mrs Rebecca Hagelin gave an inspirational address – she called on everyone to celebrate and promote their marriages and the benefits that they provide to society. She also demonstrated that homosexual relationships and homosexual ‘marriages’ cannot have the same recognition – Rebecca called on everyone to stand up and be active in stopping the erosion of marriage.

About the rally…. There were a large number of speakers – some were very good! We were concerned about comments made by some speakers who said they had supported the ‘removal of discrimination’ by the passing of amendments to 84 Commonwealth laws and one MP said he supported civil unions but opposed marriage.

The involvement of speakers from other faiths seems to have been done to spread the message of opposition to homosexual ‘marriage’. However, the inclusion of a message from a Muslim imam, who praised marriage and the family, was problematic because Islam allows a man to have four wives! His statement didn’t specify ‘one man and one woman in marriage’. The appointment of a Mormon couple as ‘Marriage Ambassadors’ was also a great concern, one reason being Mormonism’s past views on polygamy.

But there are bigger concerns…

The group, called ‘Christians for Gay Marriage’, was formed in SA recently. Two of the spokespeople are lesbian ministers of Uniting Churches in SA. A third spokesman is married to a woman, but was the senior minister at Pilgrim Uniting Church in SA, which is the church attended by Senator Penny Wong and her lesbian partner (if you haven’t heard, they recently announced the partner is expecting a baby in December through IVF and sperm donation.)

The second group was formed during the past week. It is called ‘Christians 4 Equality’ – which is part of the homosexual lobby group “Australians for Marriage Equality”. They have set up a website and are calling for Christians to tell their MPs they are in FAVOUR of homosexual ‘marriage. The website was launched on Friday 12 August, and public statements were made on Monday 15 August, the day before the rally in Parliament House.

A number of ministers are listed on the website of this new group. Some are homosexual – some are not.

Read the report of the launch in the homosexual paper Star Observer – click here.

Thank you to the Christians who have recognized that a life time public and legal commitment of love and exclusivity is a marriage no matter what the gender of the individuals. People who do this should be honoured and respected. 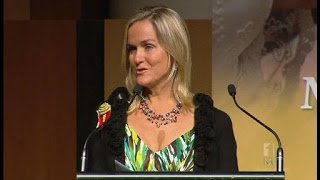 To Rebecca Hagelin……. your breed of Christianity is becoming increasingly abhorrent to many people both in and out of the church and in your own country. Whoever paid for you to visit Australia and speak at this rally made a very stupid decision. This is probably why there is no transcript of your supposedly ‘inspirational address/stirring message’ available anywhere on the net…..it was just too way out there, they are nervous about how extreme you are and know that if the average Australian read the entirety of your address they would be horrified. The sensationalist rantings and scaremongering didn’t work for Anita Bryant (Save Our Children)  in the 70’s or for Peter Madden (Homosexual Recruitment) earlier this year regarding the Mardi Gras parade…..when will you people ever learn.

We recently sent  US ‘ex-gay’ Adam Hood home……you can leave now too if you like. You have fulfilled your purpose…..tickled the ears of the minority of prejudiced Australian Christians who falsely believe gay marriage will destroy society and enraged fair minded straight, believing and non-believing, Australians that rhetoric of this nature is cruel, ill-informed and completely out of touch. Keep up your good work of painting yourselves into a corner….it’s getting smaller and smaller. If you haven’t realised it yet….you actually do more for our cause then you do for yours. Goodbye!

“It won’t stop at homosexual marriage – look for polygamy and marriage between adults and children to be legalized. There is no greater dream for a paedophile than to be able to legally acclaim a child as his lover.”

“There is no greater evil. This war we find ourselves in is a war for the very future of the human race.”

“Any society that has strayed from the definition of one man and one woman has eventually collapsed. We know ancient Rome and ancient Greece experimented with it. And of course they disappeared.”

“Anything other than marriage as defined as one man and one woman committed for life is going to be dangerous to the stability of the nation,’’