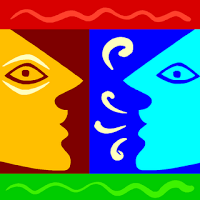 Homosexuality and Christianity has been a hot topic for many years and those of us existing in this space know it can be an extremely volatile environment. Whenever the LGBT community has sought to end discrimination based on sexual orientation or gain equality, opposition always comes from the same quarter; right wing, conservative Christians, leaders, denominations and organisations. And they can be extremely vocal and opinionated.

Since 2000 I have communicated with literally 1,000s of people about the issue of homosexuality and Christianity. This has been face to face meetings with individuals and church leaders and via personal emails, internet groups, forums, facebook, blogs as well as posting comments after relevant news stories on media sites.

When I first began this kind of work it became quite obvious to me that little effective communication was going on. I’ve often referred to it being like a boxing match. The bell rings and both opponents come from their corners swinging punches. The object of the game is to knock the opponent out. The six passages in the Bible that refer to same-sex activities aren’t called the ‘clobber passages’ for nothing. Within the above contexts, it’s easy to attack and give back what is being dished out to by our ‘opponents’. The conversation reduces to nothing more than an emotional diatribe which basically reinforces each others’ perceptions of each other and positions. Nothing shifts. Calling these kinds of engagements a discussion or debate is flattering ourselves.

Winning is not the goal, communicating effectively is. To speak intelligently, rationally and graciously requires skill and patience.

1. We should always speak respectfully to each other even when we disagree or when people oppose us. If we want to be respected and listened to then we must also be willing to give it. 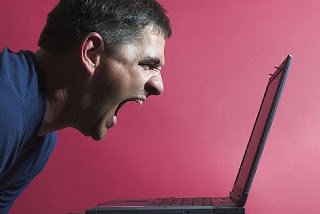 2. An angry response to an angry comment gets another angry response and can keep you unhealthily engaged for hours or days. Proverbs 15:1 says ‘a soft answer turns away wrath’.

3. Sometimes people are speaking from ignorance, preconceived ideas and misconceptions. My role is not to condemn them but endeavour to inform and educate.

4. Watch out for your own and others triggers. We all have triggers. Not everyone is aware of their own though. Triggers are automatic emotional responses that may come up in the discussion or have initiated it. Triggers that set people off can be:

(a) The person is gay themselves but as they have not accepted it, they project their hatred of what is within them on to others. Research has proven this many times.

(b) Another trigger can be sexual abuse and that traumatic event understandably clouds a person’s perception and responses.

(c) Bitterness and resentment a person holds towards the church, Christians or God for the pain, rejection or injustice they have experienced can be triggered. If we create a safe space and talk the person down and not wind them up then the source of their hurt or anger usually comes out.

5. When someone attacks you …..don’t attack back. If you do you are lowering yourself to their level.

6. Sometimes it’s helpful to NOT respond immediately after reading an email response; emotions are running high and responding in that state you risk the possibility of increasing volatility. Walk away. Put your mind on something else to diffuse the emotion. Sit on it for a few hours or a day. Sometimes it is best to walk away because the discussion has become toxic. If you continue to engage in it, it will poison you as well.

7. Some people have made their minds up already and have only one agenda; to convert you to their way of thinking. They seem unaware that you used to believe as they do but your personal experience or reading has changed that. If people have made up their minds already then dialogue is not a valuable use of your time. Actually, it’s a useless exercise and does nothing more than feed the other person’s angst on the topic. Personally, I don’t bother investing time with these people. Best to spend time with those who are questioning as opposed to people who ‘know’ they are right. We won’t change everyone’s mind on the subject of homosexuality. ….so don’t try and convert everyone. You’re not a jerk whisperer.

8. Name calling never enhances rational discussion. It reduces the quality of the dialogue. Resist the temptation of labelling everyone who has a different opinion or belief to you……..a homophobe, bigot or hater.

9. Asking probing, insightful questions can be more helpful than telling people what the truth is. I learnt that as a coach. Eg…..’if you feel that homosexuality is a choice. Can you please tell me what the benefits are over being straight?’

10. Show your humanity by acknowledging when a comment hurt you. Saying ‘when you said………….. it really hurt me’…is better than saying ‘you arsehole I hate it when people say things like that’…..or ‘I am offended’. Sometimes people are so into the emotion and volatility of the discussion they are not conscious of how hurtful their remarks are. We are all human beings and, as humans, have feelings. Show the hurt and pain: suppress the anger.

11. Humour, used appropriately, and wisely can help reduce the angst in a heated discussion. Always remember though that ‘hehe’ or ‘lol’ at the end of your comment in written communication…….is the way to let people know you are being funny. Humour doesn’t translate well in written form. People can’t hear the laugh in your voice or see the smile on your face. Without this, you upset people unnecessarily. Sarcasm never enhances a dialogue.

12. Talking people down and not winding them up is a skill….and like all skills can be learnt, developed and enhanced. Anyone can pour petrol on a fire; it takes skill to put the fire out.

13. It doesn’t hurt to remind yourself occasionally that there was possibly a time when you felt the same way as the person you are communicating with does.

14. Ask yourself the question….’whilst I was ignorant about the science around sexual orientation or the historical and cultural contexts of the oft quoted ‘anti-homosexual’ verses, how could people have best communicated different perspectives to me?

15. Finally, if you are going to be involved in dialogues you must be patient. Some of us forget how long it took us to find answers and resolution. It took me 28 years. No-one jumps from being anti-gay to pro-gay in one conversation. I had email communication with one person for over 6 months. One church leader and I have been dialoguing for 6 years now. Most people would say if he hasn’t changed now he never will. I refuse to believe that; as every time we meet I know I am building trust and respect and giving him one more thing to think about that wasn’t in his consciousness previously. The shifts are small but they are shifts none the less. Eventually all that time and effort will pay off.

16. (added 30/08/12) Rationality and clarity rarely come out of anger. Usually it is nothing more than reaction and more intense emotion.

I guess all the 15 things above can be summarised in the golden rule. Always treat others the way you’d like be treated yourself.

For a clearer understanding of how these things work out practically look at  Creating a Space for Change and the model I created some years ago. IT WORKS!

Are there others you think this would help? Share this now on social media using the buttons below.