Is my strategy working? How to end conversion therapy

Is my strategy working? How to end conversion therapy

For the last 10 years I’ve had a strategy. Possibly it’s working.

Many of you will know that one of my goals is to work towards the day when ex-gay/reparative/conversion therapy ministries (who work with people with ‘unwanted same sex attraction’) will eventually cease to exist in Australia. My firm belief is that the enemy we must fight against is ignorance. Ex-gay ministries are run by well intentioned people that attract people tortured by the perceived conflict between their faith and sexuality. So the fundamental problem is not people; it is ignorance about sexual orientation and the historical and cultural contexts of half a dozen bible verses. If we attack the real enemy, ignorance, then eventually ‘ex-gay’ ministries will have no referrals or inquires. It’s like we have killed the tree at the roots. Maybe here in Australia we are closer to that than we realise. (see below)

My strategy TO OVERCOME IGNORANCE: 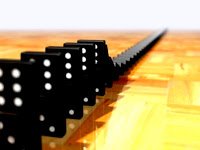 ….and I think it might be working.
Here is an extract from a recent newsletter of an ‘ex-gay’ ministry in Sydney, Living Waters written by Ron Brookman the director.

‘There has been a real shift in society lately. We have detected this through responses to Living Waters offerings, we cancelled a conference recently because only a handful of registered. This year we have fewer Living Waters groups and fewer people in those groups. Our leadership training week at Collaroy appears to be hugely undersubscribed’

The next paragraph begins……’we are not discouraged’………but I was greatly encouraged as it seems my strategy might be having an impact.
Whilst some ex-gay ministries in Australia might seek to expand…..doesn’t necessarily mean they can or will. It’s becoming an increasingly irrelevant message. Let me give you a brief history.

What created this ‘ex-gay’ phenomenon?

‘Ex-gay’ ministries spawned in the 70’s out of a cultural and societal foundation that believed homosexuality was a crime and mental illness within the context of fundamental churches who believed it was a sin not an orientation. I lived for six months in an ‘ex-gay’ rehabilitation centre in Sydney in the early 70’s before Exodus commenced in the US in 1976. That ministry died years ago. But in the context of a strong religious culture in the US ‘ex-gay’ ministries flourished more than in any other part of the world. Once they began to grown in the US others in this country tried to duplicate the same impact. This has always been unsuccessful and only a shadow of their US cousins.

How the ‘ex-gay’ message has evolved

Phase 1 began in the 70’s, when ‘ex-gay’ ministries commenced, they offered a miraculous cure from homosexuality to heterosexuality. It became evident pretty quickly that God did no such thing no matter how much prayer, how anointed the ministry, how many fasts, how many demons were cast out. Emotional changes may have happened to some but orientation remained the same. Many made claims of healing only to eventually realise that prayer doesn’t make the gay go away.
Phase 2 introduced various forms of therapy that were based on now defunct theories about the causes of homosexuality such as a dominant mother and emotionally distant father and also sexual abuse as the reason people turn our gay or lesbian. Mental health professionals moved on but the Christian ministries didn’t. Prayer, inner healing, masculinising men and feminising women, same sex ‘healthy’ bonding etc etc promised that eventually the same sex attraction would diminish and a person’s ‘true’ heterosexuality would come to the surface. Then the person could marry or getting married along the journey would be a part of their healing. Destroyed marriages and lives have been the result along with mental health issues and the most tragic of all….suicide.
Phase 3 has been the acknowledgement that possibly the gay will never go away (stated on the Liberty Christian Ministries website) and that the person will spend their lives ‘struggling’ even if they enter a heterosexual marriage.
Another option that has more recently been proposed is suppressing ones same sex attraction and choosing celibacy. This is not a healthy acceptance of one’s sexuality as we know it but is more about denial and self hatred. The latter is unhealthy for a person’s emotional, mental and spiritual well-being. For the ‘ex-gay’ there is no release or the sense of empowerment that we have experienced but a constant sense of shame and condemnation. A life of celibacy is for them, a sentence inflicted because of a fallen creation. They are still sick….still broken.

5 Reasons why ‘ex-gay’ ministries have changed their message over four decades?

It would be remiss of me not to acknowledge the amazing work of being watchdogs, monitoring activities and holding ‘ex-gay’ ministries accountable by my friends and colleagues at www.beyondexgay.com, www.exgaywatch.com, www.boxturtlebulletin.com,  www.truthwinsout.org and Jallen Rix who has just released a wonderful new book called Ex-Gay- No Way . Love your work guys and girls!
Here is my latest attempt to overcome ignorance…..another website.
What to help in me fight against ignorance? Click on this link?
By Anthony Venn-Brown OAM|2017-07-30T08:19:25+10:00July 1st, 2010|Categories: Conversion therapy|Tags: A Life of Unlearning, Conversion therapy organisations, Ex-gay leaders, Gay christian, Gay conversion therapy, LGBT apology, Unwanted same sex attraction|2 Comments