Oooops…..we meant you to cure them …..not kill them

Home/Conversion therapy/Oooops…..we meant you to cure them …..not kill them
Previous Next

Oooops…..we meant you to cure them …..not kill them

17/12/2009
Have you been following the news about Uganda’s Anti-homosexual Bill, currently being pushed through their parliament? If not, just Google Uganda Anti-homosexual Bill and you’ll get 265,000 pages….and growing daily as the world becomes aware of this backward step in Human Rights.
Background
Uganda is a very Christian country. It has been described as an “island of Christendom in a sea of Islam.” According to statistics, Ugandans are 84 percent Christian (42 percent Protestant and 41.9 percent Roman Catholic). Many Christian ministers preach against homosexuality. A July 2009 poll found 95 percent Ugandans opposed to legalizing homosexuality.
The current law allows authorities to imprison suspected homosexuals and AIDS patients for up to 14 years. The new legislation, which has been dubbed the Anti-homosexual Bill, could make the prison term a life sentence. The practice of “aggravated homosexuality” would allow the authorities to sentence homosexuals to death. Members of the public would be required to report acts of homosexuality within 24 hours. If they fail to do so, they could also be imprisoned for a minimum of three years. It has also been stated that Uganda would be prepared to cut ties with other countries and stop any commitments they have with them to allow the new laws to be enforced.
How can such regressive legislation even be introduced?

Firstly it should be noted that colonialism has a lot to answer for. Outdated laws established by the empire builders still exist in many countries years after their independence was gained. One of those laws is the so called ‘sodomy laws’ which made any sex (heterosexual or homosexual), except for procreation, illegal and punishable by imprisonment or death. In many parts of the world such as the pacific, India, Caribbean, Bahamas, Jamaica and of course many parts of Africa, laws from the colonial/Victorian era still exist forcing gay and lesbian people to live closeted lives of fear. Australia was the last country in the British Empire to hang a man for a homosexual act (1839). But it wasn’t till 1997 that the oppressive, discriminatory law was totally removed from Australia’s legal system. 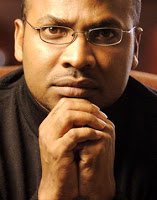 Secondly, we know of anti-gay promotion by some ‘ex-gay’ leaders and evangelical preachers which has reinforced already negative beliefs and attitudes about gay and lesbian people in Africa. Preachers and leaders from the US have intentionally visited Uganda and other African countries to speak specifically on homosexuality. Their message? Homosexuals are sick, it is a choice and they need to repent so God can cure them. Outrageous and sensationalist claims of conspiracy theories and recruiting young people abound. Funding and materials from US preachers and Christian organisations have been donated to promote this message. Ugandan preachers have taken up the message with a furious intensity; the Rev Martin Ssempa being one of the most outspoken and outrageous. I won’t put a link to his blog here as I’m sure the increased traffic and exposure he is receiving, already gives him great enjoyment. You will see his sensationalist and fear-mongering statements in the documentary below.
So there we have it. If people continue to preach messages promoting outdated, ignorant beliefs about sexuality, this is how far they can be pushed…..back into the dark ages.
Western Christianity Cries STOP! 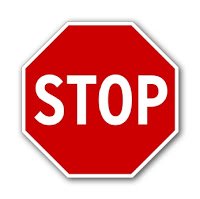 In the US, some faith leaders, realising how damaging their message can be, have issued statements and warnings about the proposed Ugandan legislation currently backed by many Ugandan Christian groups.
Alan Chambers, the president of Exodus International issued this statement which includes ‘First, we believe that sexual crimes against children, homosexual or heterosexual, are the most serious of offenses and should be punished accordingly. Homosexual behaviour in consensual relationships, however, is another matter’. Of course this probably carries little weight when Alan, Randy Thomas and others sign the statement as ‘former homosexuals’. There is no such thing.  Read “Situational Heterosexuality”  – the most misunderstood concept in the ‘ex-gay’ and Christian worlds.
Well known author and preacher, Ps Rick Warren, issued this video  He told the Ugandan pastors that the bill was “unjust, extreme and un-Christian toward homosexuals.” The bill’s requirement that Ugandans report any meeting with homosexuals to authorities, he said, would hinder the ministry of the church and force homosexuals who are HIV positive underground. He added, “I oppose the criminalization of homosexuality.”
Pentecostal preacher Joyce Meyer issued a statement saying “It is increasingly evident that the proposed “Anti-Homosexuality Bill” introduced in the Ugandan parliament is a profoundly offensive, dangerous and disturbing attack on the very foundation of individual liberties and human rights afforded not only to the good citizens of Uganda, but on the at-large global community.
A Ugandan Declaration has been set up for people of faith, who believe it is time to apply human rights to everyone and work to eliminate imprisonment, execution and persecution of lesbian, gay, bisexual or transgender people.
In the UK, The Archbishop of Canterbury Dr Rowan Williams has made his first public statement on the proposed anti-gay bill passing through Uganda’s parliament stating “Overall, the proposed legislation is of shocking severity and I can’t see how it could be supported by any Anglican who is committed to what the Communion has said in recent decades. Apart from invoking the death penalty, it makes pastoral care impossible – it seeks to turn pastors into informers.”
Unlike Pentecostals in Africa and other countries, in Australia Ps Rob Buckingham of Bayside Church, Melbourne has welcomed and accepted LGBT people. His response to the Ugandan legislation and message to the church has been:  This legislation is the result of the teaching of “unchristian” Christians and clearly shows that the only thing we learn from history is that we learn very little from history. I’m thrilled that Joyce Meyer and Rick Warren have spoken out so clearly.  I’m very aware that my voice is in no way as loud as theirs, but that is no reason to remain silent.
The Bible says, “If you really keep the royal law found in Scripture, ‘Love your neighbour as yourself,’ you are doing right.  But if you show favouritism, you sin and are convicted by the law as lawbreakers.”  This Bill flies in the face of the Royal Law and favours straight people over gay. This legislation breaks God’s Law and no Christian should support it.
Even the Vatican, which does not have a good record of tolerance or acceptance of homosexual people at an official level, has said “The Holy See continues to oppose all grave violations of human rights against homosexual persons, such as the use of the death penalty, torture and other cruel, inhuman and degrading punishment. The Holy See also opposes all forms of violence and unjust discrimination against homosexual persons, including discriminatory penal legislation which undermines the inherent dignity of the human person.”
One wonders whether this is all too late now the horse has bolted. Some Ugandan Christians already believe that God has called them to take a stand on the issue homosexuality and turn the tide of  what they see as western ‘moral decay’. If this bill is passed, and gay and lesbian people are imprisoned or die we know who the guilty ones are…..and silence is complicity.
It’s time for those lagging behind in the western Christian church, to wake up and realise that homosexuality is not an illness, choice or sin; it’s an orientation. There was a time when believing such concepts may have been excusable but to preach such things today is not only ignorant, it’s dangerous.
See the Documentary Missionaries of Hate here

If you want to add your voice or be involved in creating awareness about this issue please email me anthony@anthonyvennbrown.com