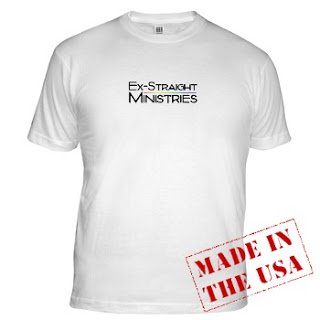 Believing that God would never accept my homosexual orientation, I tried desperately to change through daily prayer, believing for a miracle, quoting scripture as well as a 40 day fast and exorcisms. When none of these worked, I entered Australia’s first ex-gay program in 1971, (five years before Exodus was created in LA). I’d been told that the only way I’d really become heterosexual was to enter this rehabilitation style program and not try to overcome this on my own. Apparently, it that would take at least 12 months to make me heterosexual, possibly two years. It was a live-in program and I spent 6 months desparately trying to overcome my homosexuality and become straight. Some of you might remember 16 year old Zack who was force by his parents into the Love in Action ex-gay program in 2005. When that controversy broke and the rules of Love in Action became public. I was amazed that the rules were basically the same as the ones I’d submitted to nearly 4 decades ago. They didn’t work then and they don’t work now.

In a word, my experience in this program was, abusive. Shame and guilt were the motivating forces and reinforced by the leaders. It was one of the most traumatic experiences of my life. After 6 months of manipulation and humiliation, I couldn’t take it any more and left. The leaders spread rumours about me and ‘handed me over to Satan’….believing this treatment would drive me back to God. I’m pleased to say that groups closed down years ago.

A couple of years later I felt that I had gained enough control and, encouraged that marriage would be how God could make my ‘true’ heterosexuality a reality, I married a wonderful young Christian women in my church. Two children and 16 years later, like the majority of these situations, it ended in disaster. During that time, with a wife on my arm and children by my side, I had all the outward evidences of heterosexuality but this was very far from the truth. I followed my calling to become a pastor and full time evangelist. Eventually I became a leader in the Assemblies of God and was a high profile preacher in Australia’s mega-churches. This level of notoriety came to an abrupt end in 1991 when I fell in love with a man. The denial I’d built around me came tumbling down and I was forced to face the reality that the last 22 years had actually changed nothing. I was still gay. I resigned from the ministry.

I’m sure you can imagine how devastating this was for me personally but also for my wife, children and those who dear to me.

It took me years to heal from the trauma of the public confession the loss of the things I really cared about. It was several years later that I felt God told me to tell my story and that it would help many people. In 2004 the first edition of my autobiography ‘A Life of Unlearning’ was released.

From the very first day I began receiving emails. Most commenced with the statements thank you for your honesty and your story is my story. My inbox became a microscope into a hidden world of people who’d been isolated and alienated. Most had never spoken to anyone about their experience but now they had someone to connect with. I had no idea just how much tragedy and unnecessary suffering existed out there…..or how many suicides had occurred. I knew I could not sit back and do nothing…..hence my new direction in life as an ambassador for the GLBT community.

Australia’s ex-gay world is different in many ways to the US counterpart. The organisations are small and having little impact. They have no real success stories or poster children, shy away from media attention, are not well funded financially and usually not political. Most Aussie ex-gay groups don’t really relate to or understand some of the excesses of their US cousins but are too polite to say anything as it would seem unsupportive. It’s easier to sit on the other side of the globe and pass these off as American extremisms.

This is not to say that people are not hurt through ‘ex-gay’ programs in Australia; they are. I work with the people who no longer have any connection with ‘ex-gay’ ministries. I’m sure they don’t realise the long-lasting damage their ministries cause or otherwise they would close down tomorrow. I would. The people I have contact with are those who just stopped going to the meetings. Or like me, married believing that this was their next step, only to find in mid life or sooner that they had nothing more than suppression and denial; not a change in orientation. It’s then they come to me. These people are hurt, damaged and angry. As one man, who’d been involved with ‘ex-gay’ ministries in Australia for over 20 years, said to me recently, ‘I was sold a very cruel lie’

My belief is that ex-gay ministries are often not the cause but are more like the symptom of a much bigger problem. The real enemy is ignorance. That is, the ignorance that exists in Christian circles about sexual orientation. When the director of Exodus, Alan Chambers, claims that Exodus gets over 400,000 calls and emails annually from people saying they hate being homosexual, we have to ask the questions ‘Is Exodus the cause or only responding to something far deeper?’.Did these peoples journey begin because of Exodus or are they just where these tortured people end up? Exodus offers hope for the ‘problem’ in subtly disguised messages of ‘change’. Ninety nine percent of these inquiries come from evangelicals and Pentecostals. We know the source of this self’-loathing is based and on an outdated view of homosexuality as pathology fuelled by a terrible ignorance of the historical and cultural contexts of scripture.

Our wins in Australia

We regularly hear the stories of tragedy and harm, as we have tonight, and I don’t want in any way to take away from the severity of those but I’d like to focus tonight on some of our wins and the progress occurring in Australia.

God has created each of us as sexual beings, and I do not believe it is His will for it to be complicated. However, I recognise that people face very real issues in regards to sexuality. I have seen this both in my wider family, our church and society more generally. This is a global challenge that most of the world’s churches are grappling with, and we, like them, are trying to balance theology with compassion. We do not profess to have all the answers, nor has the church worldwide always got it right, but we will continue to try and connect people to Jesus because we know that hope and answers for every situation and circumstance can be found in Him.

This is an encouraging shift in attitude and a very different position from previous statements by bible believing Christians; that said we do have the answers; homosexuals are evil and don’t go to heaven.

“Bayside Church is a place where everyone is welcome. We believe that God loves everyone and that He sent His Son Jesus to bring salvation (through His death and resurrection) to all of humanity. A study of the life of Jesus clearly reveals His love and care towards those who are often marginalized by the rest of society. Bayside Church welcomes GLBT people to find God’s love and grace and to worship Him freely within our community.”

We are living in a time when there is a change in climate; an environment of questioning. Questioning if the churches attitude towards GLBT people reflects the character of Jesus Christ and if possibly the churches view of homosexuality has been incorrect, as it has about so many things. I think we should devote all our energies towards those who are in that space of questioning; these are the people I love to give my time to. And we should ignore the diehard bible-quoting Pharisees, with their tired, old, clichéd statements of ‘homosexuality is an abomination’, ‘God created Adam and Even not Adam and Steve’ and ‘Love the sinner hate the sin’. They are annoying, boring and wrong.

There is more encouraging news I could give but my time is limited to share all these with you. Basically it’s good to know we are on the winning side and that eventually sanity will prevail and GLBT people will be treated with respect and equality. Every poll tells us we are moving closer to that day.

My goal is to see every ex-gay ministry in Australia close down. Not because I have attacked them or even because I have deconstructed the myths and falsehoods they perpetuate; but that they no longer exist because they have no more inquiries or referrals. The source of the ignorance has dried up in churches and everyone has realised being gay or lesbian doesn’t mean you are broken and need fixing or sick and need healing.

Young gay men and lesbians in Australian churches are already coming to a place where they know their morality is a choice but their sexual orientation isn’t. And when they ‘come out’ in their churches and families some are finding they are loved and embraced instead of rejected. Every day in Australia we move closer to making this common place instead of the exception.