“Homosexuality is a sin” and other Christian heresies

Home/Church, Gay Christian/“Homosexuality is a sin” and other Christian heresies
Previous Next

“Homosexuality is a sin” and other Christian heresies 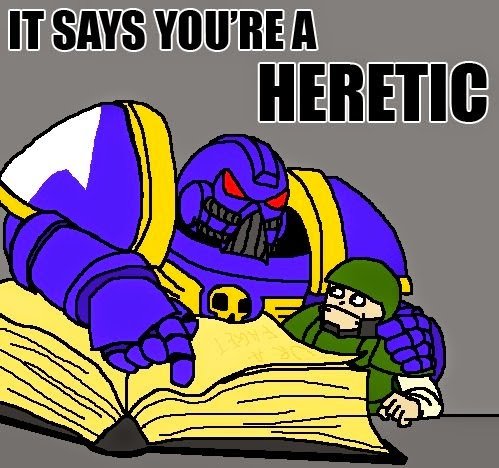 History tells us that the Christian church, by upholding certain ‘beliefs’, have been the instrument of oppression of certain people and groups. Until enlightenment came Christians did not see what they were doing as oppression but believed (based on the current worldview) that they were upholding Biblical truth. Unchangeable traits such as race, gender and currently sexual orientation, have been the criteria for treating others like second-class citizens, inferior and even evil. By not treating others as equals, a hierarchy was created oppressed those considered unworthy, lesser than and outside of God’s blessing.

Initially, when the church was birthed, Jewish males were at the top of the hierarchy, with Gentiles, women and others seen as lesser in value. From what I can see, if God is trying to do anything in this world, He is trying to get through our thick skulls that all people are of equal value and worth and should be treated with dignity and respect. That kind of theology will create a better world for all.

History has a sober warning to us when we feel so convinced we are defending the ‘truth’. The statement ‘the bible says homosexuality is a sin’ is not unlike other ‘truths’ the Christian Church has upheld over the centuries.

1. The Christian church once believed this was the absolute truth — The earth is the centre of the universe. 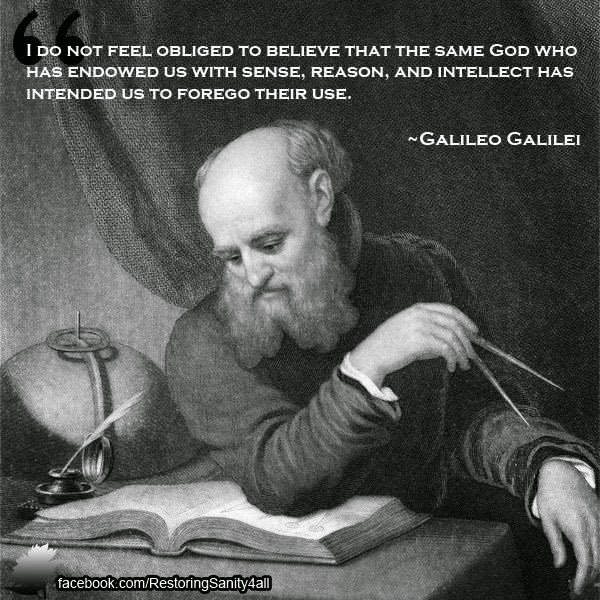 Four centuries ago, church leaders refused to believe scientists such as Copernicus and Galileo, who said that the world revolved around the sun.  The current worldview, based on several verses, including Joshua 10:13 where Joshua commanded the sun to stand still, implied that the earth was already standing still and therefore the sun moved. Galileo was placed under house arrest in 1633 as a heretic for stating a scientific fact that opposed what church leaders taught.

Eventually the scientific evidence could no longer be denied, but it wasn’t till 1992 that Pope John Paul II expressed regret for how the Galileo affair was handled—that’s an embarrassingly long time to wait for an apology.

The Catholic leaders were not the only ones to see the scientists as heretics. Martin Luther said, ‘This fool Copernicus wishes to reverse the entire science of astronomy; but sacred Scripture in Joshua 10:13 tells us that Joshua commanded the sun to stand still, and not the earth.’ John Calvin quoted Psalm 93 in his attack on Copernicus. ‘The earth also is established. It cannot be moved.’ Calvin added, ‘Who will venture to place the authority of Copernicus above that of the Holy Spirit?’ To all Protestants, these men are the founders of their faith but today we must acknowledge that their  ‘biblical’ beliefs were in error. Or it would be better to say their interpretations were in error. Their worldview was based on limited understanding which created wrong interpretation.

2. The Christian church once believed this was the absolute truth –  White is superior, black is inferior. 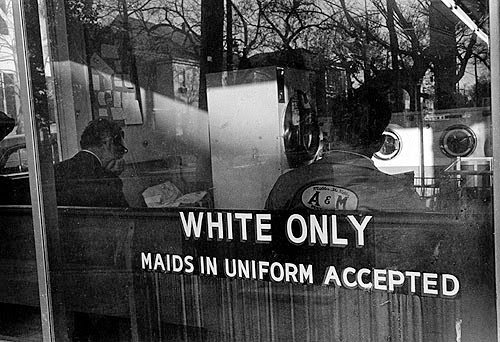 At the start of the 19th century, most religious groups believed that human slavery was totally acceptable based on a biblical mindset. Black people where considered to be morally and intellectually inferior to whites. Christian slave owners genuinely believed it was their God-given service to humankind to keep them in check.

According to the biblical understanding of the day, black people had inherited the ‘curse of Ham’ (black skin to mark the cursed race) because Ham saw his father Noah lying naked after he’d passed out from too much wine. It seems quite bizarre that the drunken Noah should curse his son and black-skinned people from that time because he didn’t know how to hold his liquor. There are passages in the Old and New Testaments that approve and regulate the ownership of human slaves.

Nineteen centuries believers focused on those few verses and somehow missed the fundamental biblical themes of love, mercy, justice, and equality. In a more enlightened world today, when Christians read those passages on slavery, they consider it an injustice that belonged to another time and culture.

A remnant remains like white supremacist organisations such as the Klu Klux Klan whose existence is justified by an outdated interpretation of the scriptures.

In Australia, approximately 100,000 Indigenous children (the stolen generation) were removed from their families by Australian government agencies and church missions between around 1900 and 1969. Originally this was carried out in the name of child welfare but resulted in extensive family and cultural damage. A well-intentioned ‘Christian’ nation created this policy believing indigenous Australians to be inferior and that they should be bred out. Today we think of this as an horrific injustice and violation of human rights. Indigenous and other Australians are still waiting for our church-going, Christian Prime Minister, on behalf of our nation to say one word that could begin healing—sorry. (A new Prime Minster changed this)

3. The Christian church once believed this was the absolute truth – God separated the races therefore they should never marry interracially. 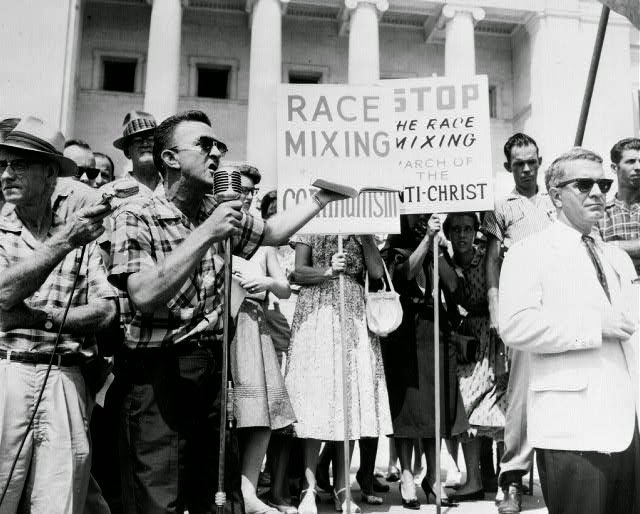 The last states in the US to remove the law that banned interracial marriage were in the ‘bible belt’ (the area in which conservative Christian Evangelical, Protestantism is a pervasive or dominant part of the culture). As late as 1959, a couple from Virginia, the bride black, her husband white, were sentenced to one year’s gaol for getting married. In a land settled by the pilgrims that boldly proclaimed ‘liberty and justice for all’, the law stated: ‘Almighty God created the races white, black, yellow, malay and red, and he placed them on separate continents. And but for the interference with His arrangement there would be no cause for such marriages.’

In 1967 the US Supreme Court, against opposition from Virginia and North Carolina (both ‘bible belt’ states), unanimously ruled the interracial marriage restrictions unconstitutional. The freedom to marry, the court said, was a basic human right.

It’s hard to imagine today legislation like that even existed in a civilised society but similar laws were in existence in Australia till 1967. Finally when two people of different races fell in love they were allowed to marry. The oppressed were set free.

4. The Christian church once believed this was the absolute truth — men are superior, women are inferior.

Up until the middle of the 19th century, most Christians had a pretty clear understanding of the role of women. It was all there in the bible. To be a good Christian woman you had to dress and behave in a certain way, your chief roles being that of keeping house, raising children, and submitting to the will of your husband. Wives promised in their marriage vows to always obey. Being given such basic privileges as the right to vote, hold office, preach or pastor a church – God forbid, that was men’s work and too much responsibility for the less intelligent, weaker, female sex. Again, specific passages in the Bible were used to justify this kind of inequality and oppression.

Whilst some denominations still treat women as second-class citizens, most have realised ‘hey what’s the issue?’ and embrace women’s contribution on every level.

5. The Bible says homosexuality is a sin – has been a “absolute”, “unquestionable” “truth” for decades.

The statement ‘the Bible says

Many are surprised to find there is no chapter or verse for that quote we hear so often ‘the Bible says homosexuality is a sin’ in either the Old or New Testaments; it is a belief or assumption based on an interpretation of several verses—six passages out of 31,240 verses.

The majority of Christians have never really looked at this topic in depth. They have come to conclusions through reading an English translation that says something like “man shall not lie with man as a woman this is an abomination” through their own prejudices and cultural lens.

Context is everything…….and that is what an in-depth study reveals. What is the meaning of the passage written to the people at that time.

A little known fact that seems to have passed many “Bible Believing” Christians is that the word homosexual didn’t actually appear in an English translation of the bible till 1946 and even then is a mistranslation.