News from the US – the TEN Conference and more

Home/Church, Gay Christian, General/News from the US – the TEN Conference and more
Previous Next

News from the US – the TEN Conference and more 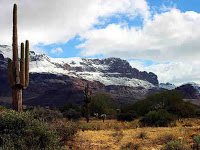 Well here I am in Phoenix to speak at The Evangelical Network’s (TEN) 20th Anniversary Conference. The day I arrived it was a record breaking 110 degrees F. Today it’s raining and it’s been snowing in some parts for Phoenix. If you know anything about the desert climate in Arizona, this is most unusual. Maybe it’s an omen.

The Faith & Religion Department of the Washington DC based, Human Rights Campaign, have sponsored my trip to speak about GLBT issues in Australia and give the closing address. The TEN conference will be the first and largest gathering of gay evangelical leaders, such as Rev Troy Perry (founder of the Metropolitan Community Church [MCC] 1968), Dr Ralph Blair (founder of Evangelicals Concerned 1980) and Justin Lee (founder of The Gay Christian Network 2001) along with many others who have been pioneers in what has become known as the gay Christian movement. 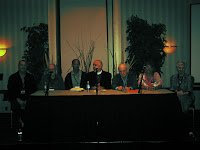 I feel extremely honoured to be joining such an inspirational group of people, many of whom have paid a huge price to break through ignorance and prejudice. The Rev Troy Perry’s MCC now has 250 congregations in 23 countries. In the past over 21 one of those churches have been either fire bombed or arsoned by extremists. Thankfully, in Australia, we haven’t experienced that level of violence but in some circles the opposition to equality for GLBT people of faith still runs deep.

What was once considered impossible, not that long ago, is fast becoming a reality. In many Christian denominations, intelligence has prevailed as people have finally realised that sexual orientation is not a choice and GLBT people are treated with dignity and their gifts and contribution to the life of the church are celebrated.

Over the next few days we will be meeting to strategise ways we can work together and hasten what we know is inevitable.

On Monday I fly out to Los Angeles where I’ll meet up with young Azariah Southworth. Azariah, at 21, is the host and producer of popular Christian youth show The Remix, who recently has come out as gay. “I know this will end my career in Christian television, but I must now live my life openly and honestly with everyone,” Southworth said. On his weekly half-hour show, Southworth is seen spending time with a Christian musician or band to see what they like, where they go, and how they live. For the past year and a half, it has been in syndication and reaches a total of approximately 200,000 viewers. Southworth has also been featured in various Christian media.”We all know there are so many other gay people in the Christian industry; they’re all just scared,” he said. “I was scared, but now I’m no longer afraid.” You can read more about Azariah here.

Before I left for the US I did an interview with Rev Candace Chellew-Hodge from South Carolina. It’s now available as a podcast which features interviews with Rev. Dr. Janie Spahr, the Presbyterian minister recently acquitted by the church’s highest court of charges over her performance of same-gender weddings. Find out why the ruling is a mix of good news and bad news. “Would Jesus Discriminate?” Thisis the question Rev. Dr. Cindi Love is asking in her new book – and it’s spurring a worldwide movement. Anthony Venn-Brown had a great career in the Assemblies of God church – but there was only one problem – he’s gay. The second edition of his autobiography A Life of Unlearning has been published and details his 22 year journey to self-acceptance. Check out the Godcast here: