The 25 Most Influential Gay & Lesbian Australians

The 25 Most Influential Gay & Lesbian Australians

In an Australian first, SameSame.com.au announced the 25 Most Influential Gay & Lesbian Australians at an event held at the Art Gallery of NSW. What have been nicknamed ‘the Gaylies’ by the mainstream media, the list comprised the likes of pop singer Darren Hayes, one of the greatest sportswomen that Australia has produced Hockeyroo Alyson Annan, Senior Sergeant Joy Murphy of Victoria Police, Justice of the High Court of Australia Michael Kirby, and lesbian mum and author from Plays School Viki Harding. And yes. Anthony Venn-Brown. It became the No. 1 read story on the Sydney Morning Herald website the day it was announced. http://www.smh.com.au/articles/2007/10/09/1191695910484.html

What a wonderful honour to be placed with such an auspicious list of people. The 25 were publicly nominated over the course of four weeks, supported by a national media campaign in the gay and lesbian press. Hundreds of nominations were received, sifted through and considered by the eight selected judges, one of which is TV personality Andrew Mercado who also hosted Tuesday night’s event at the NSW Art Gallery. “I think it’s really important to have positive gay role models out there. It’s also important for straight people to see gay people excelling in their fields. And of course, it’s great for young gay people out there to have something to aspire to” said Andrew. It’s a diverse list, a list covering a broad range of ages, locations and fields of endeavour.

Could a high profile preacher in the fundamental, mega churches of Australia ever become an advocate for the GLBTIQ community?

I wouldn’t have thought so and never in my wildest dreams did I imagine it would become my path in life. In fact, when I resigned from the ministry in 1991, I was so full of self-loathing and viewing myself as a failure, that I’d planned a brief life as an out gay man. Commit suicide at 50, I thought, before you get too old and unattractive. Here I am now 56 and feeling more passionate than ever about what lies ahead of me. Almost every day seems to bring a new win or an encouraging email from a reader who tells me of their personal and sometimes profound transformation after reading my autobiography. In the US and UK there are organizations with full-time staff doing the work that I’m currently attempting to do with whatever time I can find. It would be wonderful if we could do a similar thing here in Australia. So all I need now is a benefactor or a number of people who will support the important work I’m doing so I can devote myself entirely to the cause. It would be a privilege to serve the community in that way.

You can read the reasons why I was selected this link here. http://www.samesame.com.au/25/AnthonyVennBrown 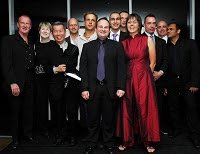 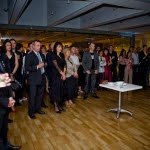 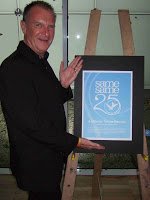