Today I live with my wife Beatrice; my long-time partner of 37 years. Beatrice & I met when she was 20yrs. old (seen below with the children). 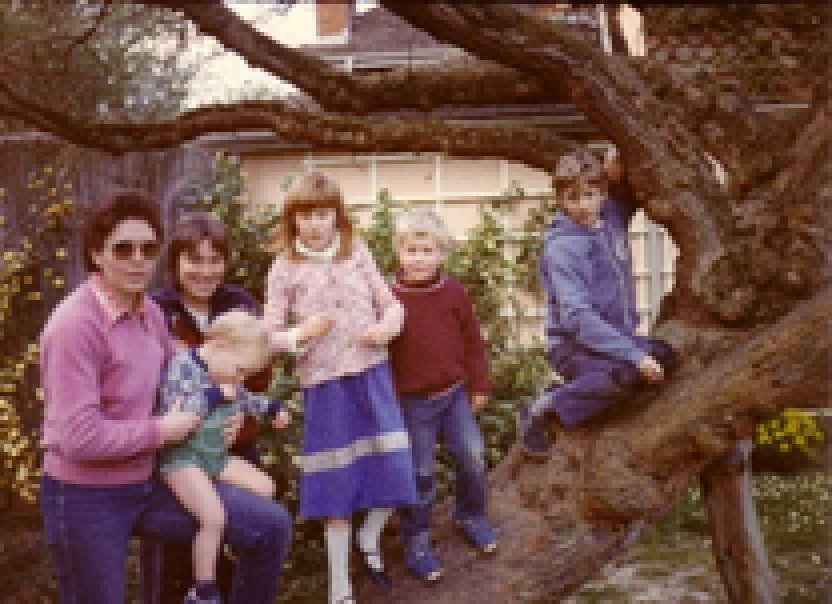 My time with Exodus Ministry began in 1986, two years after Beatrice & I met, when I was still married to my husband.

As a family of 7 (including Beatrice) we travelled from England to set up home in Australia. Beatrice didn’t have a residency visa at that time and could only stay with us in Australia for six months.

During the time I was a married ‘woman’ with four children and very involved with church life. Although I struggled with my gender and sexuality identity, I knew I loved Beatrice, loved my family and loved my life. My Christian experience was very important to me. Not only did I attend Sunday services, taught Sunday school, lead the Wednesday evening Bible study series and went to Tuesday prayer meetings, my faith was everything. Somehow keeping busy and trying to please my husband kept me from coming to terms with other evolving emotions that I hadn’t time to explore or understand. Eventually, however, I could no longer hide from them. For me the battle with sexuality continued for a further decade after I met Beatrice and we both worked towards living a celibate life. We believed this was the expectation of us as Christian people and did not want to fail. The pressure upon us both tore me apart and I despaired of ever living up to this expectation.

Over time it became obvious to me that my ‘natural desire’ was not for my husband but was for Beatrice. I felt trapped and hopeless. I sought out any information that I could find that might be helpful. I came across an x-gay ministry called ‘Exodus’. I joined Exodus as a Christian wanting to change my sexual orientation. I enjoyed meeting others who were battling with the same demons as myself. Now, I didn’t feel quite so alone.

After about 2 years (in late 1988) I was nominated as leader of this small group of about 15 individuals. We met weekly for prayer, discussion and support. I travelled overseas to America to interview Elizabeth Moberley; a scholar and academic who suggested that legitimate same sex affection would provide a passage out of homosexuality. Over the next 3 years, I continued to teach, study and practice ‘legitimate, non-sexual same sex affection’. However, it soon became clear to me that my homosexual drive was not decreasing and I was not getting any closer to becoming heterosexual.

After 4 years I decided that the truth for me was that I stop hiding and accept my homosexual self. Having assistant pastor status with my church I knew I had to tell them my decision. They felt that I could no longer continue in ministry and I was asked to step down.

Today, more than 28 years after I stepped down from leadership of the Ex-Gay ministry ‘Exodus’ I have come to know that nearly every member of that group is now living their lives openly as a homosexual person (20 people). I am only aware of one member who married and who would say that they are pleased not to be gay but to be living in an opposite sex relationship. It is also my understanding that they have not disclosed their former struggles to their partner.

Although I valued the support and friendship of the Exodus members (many are among my closest friends today) I suffered torment and huge anxiety all muddied by confusion and constant failure during the ‘Exodus’ years. For me the most traumatic outcome was my personal sense of failure as a Christian and not being accepted as a part of the church family I loved. 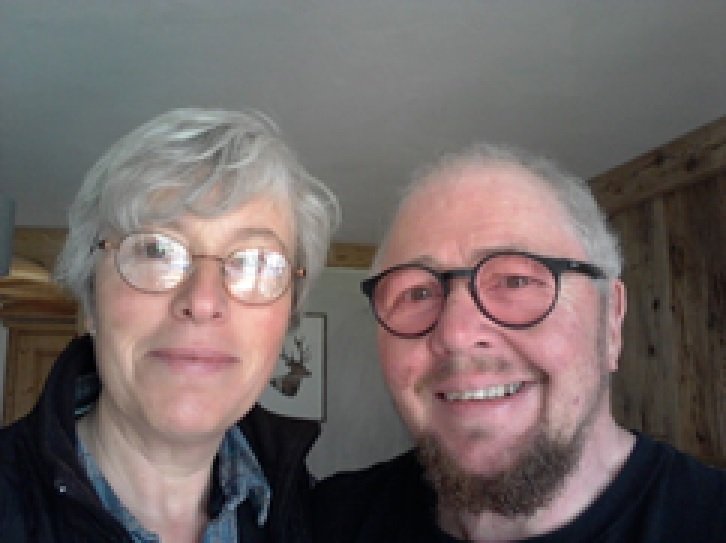 On April 14. 2007 Beatrice & I were ‘joined together’ in a same sex union at Colchester Registry Office in the UK. This event celebrated who we were and our love and commitment for each other. For the first time in my adult life I felt valued for being me and thrilled to at last find a legitimate ‘home’ amongst my family and friends for my partner and myself. When I was 60yrs. old I finally joined the dots and recognised my gender as male and not female, however in no way did this take away from any of the issues living as a ‘same-sex’ couple had caused. Eventually, (in 2014) Beatrice & I married as an opposite sex couple, but, we always saw that 2007 registry office union as our ‘marriage’ and the formalising of our commitment to each other.

I believe that my Heavenly Father is also pleased and relieved on our behalf. It is my sincere belief that Scripture points out that God is Love and God is Truth. The Truth shall set you free it says. Being true to my sexual orientation is freeing and I no longer struggle with anxiety, depression, confusion and sexual dysphoria!

When one is at home with one’s sexual self and this causes no-one any harm and is considerate and respectful, this is love.