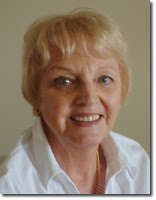 I first heard of the ‘Living Waters’ ex-gay program early 1991. As a pastor on the leadership team of Christian City Church Brookvale (in New South Wales, Australia), I arranged to set up the program in our church to help those struggling with homosexuality. As heterosexuals, myself and two other pastors from the church spent 4 months going through the tapes and manual provided in order to be trained. We then took 3 lesbians and 2 gay men through the program over a 6 month period. It was quite intense. I supported them in their struggles and as we worked through the teaching, we believed they had honestly tried very hard to come out the other end ‘straight’. When we reached the final week I asked the girls what they felt had been achieved. None of them felt the program had changed their sexual orientation. The guys who were working the program finished with similar results.

We looked at additional resources like Elijah House Counselling as a way of bringing more healing into the ‘Living Waters’ Program. There were many at Christian City Church who heard about the program and wanted to join but I was already beginning to have serious doubts about the programs success. It became apparent that anyone who claimed to be ‘cured’ had just gone into denial about his or her sexuality.

At this time, I began my own research into the causes of homosexuality and found there was mounting evidence that sexual orientation is determined in the womb. Now I have absolutely no doubt that homosexuals are born gay and don’t need to change. If I were to see any of the people that I took through the ‘Living Waters’ program again, I would say sorry. My intentions were to help you through your struggle but I acted in ignorance.