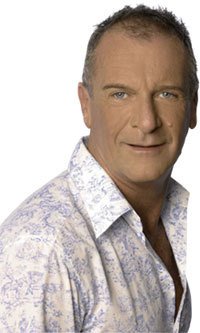 The frustration of having the rights of our community consistently opposed by church groups, and the spectre of the homophobic religious right rising to dominate politics and crush our hopes for equal rights leads many of us in the gay and lesbian community to smirk when yet another church leader is forced to admit that yes, actually they are one of us. Anthony Venn Brown was a well-known Evangelist pastor with The Assemblies of God when he was forced to come out. His biography, A Life of Unlearning: A Journey to find the Truth takes us inside what it means for the individuals behind such spectacular falls from grace.

For Anthony Venn Brown, knowing he was gay and entrenched in the Assemblies of God presented a huge dilemma. His life had been dedicated to evangelism and his experience of God was extraordinarily absorbing, direct and personal. He found himself asking How come I have this spiritual life but can be hetero. I have to face reality that I am gay. To accept being gay as real I have to turn my back on bible teachings. Accepting his sexuality meant facing a devastating choice. Not only was Anthony Venn Brown a popular mega-church preacher, he was married, with two daughters.

When a letter from the man he’d fallen in love with was discovered, his role as a preacher came to an abrupt end. In a spectacle of public humiliation for himself and his family Venn Brown was forced to confess to having fallen and resign his ministry in the presence of his congregation. Isolated in his misery, he had no-one supportive to talk to as his marriage broke down. Unable to cope with the impossible choice, he eventually abandoned his family. He now recognises that leaving my family in the way that I did is one of the great regrets of my life.

For Venn Brown the following six years were a welter of destructive co-dependent relationships and exploring the excesses of the Oxford St scene. At one point in A Life of Unlearning he describes the surreal experience of dancing at his first Mardi Gras on the spot where five years earlier he had preached to thousands of young Christians. Venn Brown now describes this period of a dark spiritual void in which he and God were not on speaking terms.

Towards the end of this period Anthony took along some self-development writing exercises to work through to fill in time whilst on the Manly ferry as an extra during filming of TV series Heartbreak High. As he wrote he experienced an epiphany   that not only had he come to a point where he could finally accept his sexuality, but that spirituality was still an important and precious force in his life. Finally garnering the courage to return to church, he was taken aback to realise many of his former friends had assumed that because he was gay he had died of AIDS years ago.

Having returned from the spiritual void he experienced, Anthony Venn Brown is now a member of Hillsong Church. Challenging perceptions of Hillsong as stridently homophobic, he says You don’t hear don’t be gay from the pulpit and considers that as an individual he is respected by the people he’s in contact with. As far as his family goes, his ex-wife has moved on with her life, but he says he now has a good relationship with my girls. They don’t necessarily understand, but there’s love.

Venn Brown believes that for many in the church, fear is bred through ignorance and that many people in evangelical Christian churches have no contact with openly gay and lesbian people. Subsequent to the declassification of homosexuality as a psychiatric disorder in 1973, the gay and lesbian community has gained significant ground in equal rights and in acceptance in mainstream secular society. Venn Brown said the last people who need to make the change to recognising our community are the church. He highlights that there are significant barriers to acceptance of homosexuality for fundamentalist Christians, pointing out they don’t have to just work through the belief that homosexuality is an illness, they also have to work through a belief system in which homosexuality is an abomination.

Despite describing the church as the last stronghold of negative perception about Gay and Lesbian people Venn Brown has a suspicion the percentage of gays and lesbians in the population is actually higher in the church than in secular society. He attributes this perception to people being unable to cope with the perceived stigma of same-sex attraction, arguing that internalized homophobia can attract people to the church as it offers a way to change. He explains his lifelong relationship between his faith and his sexuality in this way, saying that It was homosexuality that took me into the church and my relationship with God

Additionally, at face value, the church offers love and acceptance which can be seen as a safe and loving alternative to the oft portrayed gay scene as a culture consisting entirely of drugs, promiscuity and self-destructive behaviour. With such a rosy picture of life on the other team, it is not surprising that same sex attracted people can struggle for years to deny their sexuality and remain closeted in their church.

Whilst Pentecostal Christianity may be a space in which Venn Brown now finds a safe spiritual home, he does admit that the church still dealing with same sex attracted people, particularly young people, very poorly. Drawing from his own experience and the raft of communication he has received in the wake of the first edition of his book from gays and lesbians struggling to reconcile their faith and sexuality, Venn Brown says some of the common suggestions the average Pastor makes to people in this situation, particularly same sex attracted youth, include increasing prayers, exorcisms and, rather ironically given the value around chastity before marriage, suggestions to seek the services of sex workers. According to Venn Brown these strategies lead to cycles of failure, depression and suicidal intention. In charismatic faiths, not only are there fundamentalist interpretations of bible teachings on homosexuality, there is an emphasis on an all-consuming personal relationship with God. As a result, for those that leave or who are forced to leave, the period after leaving the church is very harmful. People feel like failures believing themselves abandoned by God destined for hell and can become extremely self-destructive. For many this void can last for years.

When the first edition of his book was released in 2004, it became a vehicle to connect horrific stories of treatment of gays and lesbians by the church ranging from the insensitive to the abusive. At the time there was no meeting place for these people   like Anthony Venn Brown they were leaving the church with a sense of shame and guilt, were very much alone and hadn’t talked about what had happened.

In order to try to help others who have found themselves in similar circumstances, Anthony Venn Brown established Freedom2b. www.freddom2b.org is a support group for Christians from Pentecostal and charismatic backgrounds providing a place to connect through their website and monthly get togethers in some states. Referring to the pain of the breakdown of marriages as people come out, it will always be traumatic, hurtful and painful   but with support the trauma can be minimised. The group helps people to realise that far from being the desperately unhappy individuals’ homosexuals were thought to be by the church, now many are living happy, rewarding lives as gays and lesbians Although Anthony describes coming out as a wonderfully empowering experience, he says that that Freedom2be never forces people to come out.

Venn Brown hopes that with more positive attitudes to homosexuality, the damage to same sex attracted individuals and their families can be minimised, reflecting that it’s like we are currently on a fault line.  50 years ago, we wouldn’t have come out. In fifty years’, time we won’t get married in the first place.

He believes it inevitable that evangelical churches like Hillsong will embrace gays and lesbians. Although he notes that other civil rights movements have taken between 40 and 60 years to reach something like equality, he is doing what he can to speed up the process. Anthony Venn Brown prefers to describe himself as an ambassador rather than an activist. He works on changing perceptions through engaging people in informed, respectful dialogue. To this end the new edition of his biography includes his open letter to the executive of the Assemblies of God attempting to create discussion about the church s stance on gay and lesbian issues.

While he may well be Australia s first openly gay Pentecostal he says that this is not a new phenomenon in America, where despite the strength of the religious Right, there are whole charismatic gay churches.

To back up his hope that I can make people understand that spirituality, sexuality and Christian beliefs are not in conflict Venn Brown points to recent bible scholarship that places bible text into a more accurate historical context in which the demonization of homosexuality is recognised as a relatively modern addition to the bible based on somewhat arguable translations of ancient languages and cultural practices.

However, he doesn’t feel he will return to preaching, saying 30 years down the track someone who is gay, or lesbian will be allowed to minister. I hope I’m there to see it, but I feel I’ve had my ministry. When I came back to God I felt like I had the essence of what it was all about. What I have now is real. I love my community, I love being gay – we add colour, outrageousness and a sense of humour and I love Oxford Street but it’s not my whole life. There’s a sense that the religious garbage dropped off years ago. I have learned to live non-judgementally, to live with integrity and I didn’t have that as a preacher.

Anthony Venn Brown s book A Life of Unlearning: A Journey to Find the Truth (2007) with foreword by Justice Michael Kirby is published by New Holland.